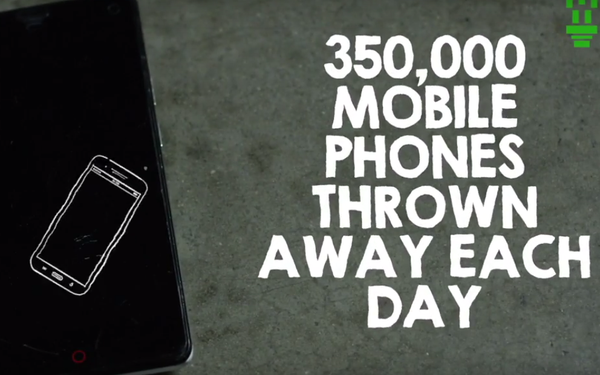 When nonprofits go searching for support, one of their major problems is finding the money to spread the word.

In Long Beach, Calif., one media company has a spin on this very old problem.

The well-done videos get attention and then support from a wider audience.

The engagement data is proof the funding money helped.

Change You Want To See is certainly not the only video production or advertising firm that specializes in work with nonprofits. It’s a sizable niche in the media business, with companies that do work for both sides of the nonprofit fence: the funding agency or the nonprofit recipient.

But Sambari says Change You Want To See also uses social media to provide wider exposure for companies. “We just don’t give you the video. We also get it seen,” he says. “Think of us more like a Buzzfeed for our clients.”

Last week, Change You Want To See partnered with a Long Beach organization, Human-I-T, that takes old, outdated or unwanted technology from companies and individuals, then refurbishes those items for lower-income users and families

A new video aims to get support for Human-I-T in connection with #GivingTuesday on Nov. 27, the worldwide effort to connect do-good organizations and do-good donors.

Sambari wants the video to be seen 150,000 times by Tuesday midnight.

Next is stepping up the company’s game; Sambari says it’s working with larger foundations and charities.

It has backed 14 projects so far, as a demonstration that the idea works. Its mini-docs range from help for non-profits interested in climate change, education, access to technology, workforce development, homelessness, disabilities, immigration — all the way to animal welfare.

Change You Want To See will either work to find that underwriter, or work with the funder nonprofits find for themselves.

Of course, any nonprofit could create its own video and throw it up onto YouTube. But Sambari argues that his small company’s background brings skills others probably don’t have.

“They might not have the expertise. They’re not good at video storytelling,” he says. “They don’t have the access to filmmakers that we do. And they aren’t as knowledgeable about digital marketing as we are.”

Sambari, a former software engineer with an MBA from UCLA, funds Change You Want To See from his more conventional video production company, Vercel, which specializes in whiteboard animation videos and a lot of B-to-B work. The new company, he says, is a more spiritual endeavor, which he says fulfills a need to work for “profits for a purpose” and “conscious capitalism.”