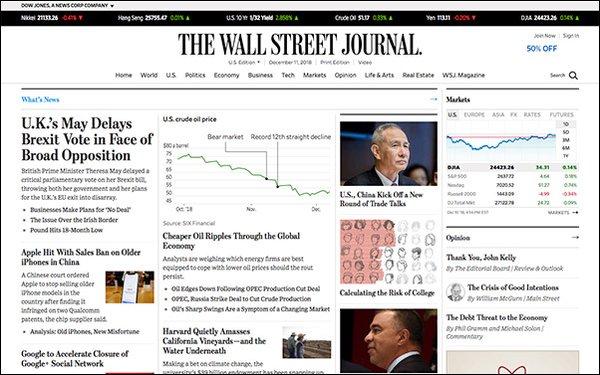 The two companies are looking for an executive producer and a host for the podcast, according to HotPod, a blog dedicated to the podcast industry. Although there are no specifics on timing, the blog says it may be second quarter of 2019.

The Wall Street Journal show will combine the publication’s business reporting and global news operation with Gimlet’s audio expertise. The podcast’s executive producer will report to the global head of video and audio at the WSJ.

Job postings for the podcast on Mediabistro explain the new daily show will share “deep insights, context, analysis and storytelling from the Journal’s well-sourced reporters and editors in a format that is best suited for audio.”

The format sounds similar to The New York Times’ popular weekday podcast “The Daily,” in which host Michael Barbaro interviews Times reporters on their reporting on current news stories.

This is Gimlet’s second partnership with a publisher. New York’s style and culture vertical The Cut has its own podcast produced with Gimlet, called “The Cut on Tuesdays.”

The Wall Street Journal’s existing roster of daily podcasts include a number of briefings, such as the “Minute Briefing,” “Tech News Briefing” and “Your Money Briefing.”

The publisher also has another daily podcast called “What’s New,” named after its column on the top business and global news.