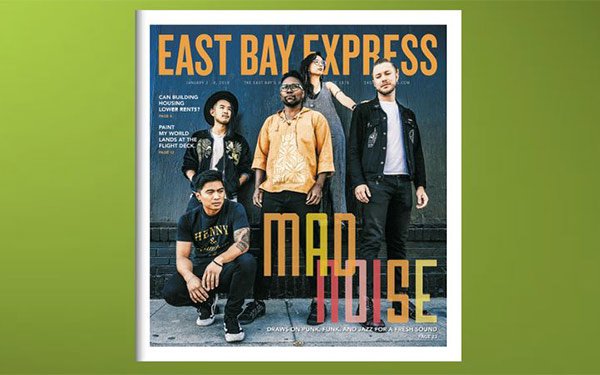 The Oakland-based alt-weekly newspaper East Bay Expresslaid off six people — a third of its staff and nearly its entire editorial team -—on Friday.

The only editorial staffer left is editor Robert Gammon.

The paper will continue to publish with freelance writers. Publisher Stephen Buel has returned from a hiatus to run the publication.

It didn’t help that the Express lost a lawsuit last week filed by Terry Furry, a former sales and marketing director who claimed he was illegally denied overtime pay.

Around the same time as the lawsuit, Buel was trying to sell the Express. He had announced in July he was stepping down as publisher after admitting to taking down blog posts and using a racial slur during a staff meeting.

Furry is demanding about $750,000 from the Express, which includes legal fees.

Azucena Rasilla, who was associate editor of East Bay Express until Friday, told The New York Times: "We knew the paper has been having financial issues for a while now, and we thought eventually we’re probably going to lose our jobs."

Alternative weekly newspapers have had a rough time in the digital age of editorial content and declining print advertising revenue.

New York’s iconic The Village Voiceshutt ered in August after more than six decades in print. L.A. Weekly's new ownership let go of most of its staff in 2017, and Montana's Missoula Independent shuttered abruptly last year.

Last year, Pew Research Center found the average circulation for the top 20 U.S. alt-weekly newspapers in 2017 was just over 55,000, a 10% decline from 2016, according to data from AAM, Verified Audit Circulation, Circulation Verification Council and independently produced reports.

Two years ago, the East Bay Express won a George Polk Award for local reporting for a series on the Oakland Police Department that resulted in the firing of three police chiefs.