Iconic 'Village Voice' Shutters, Archives To Be Digitized For Posterity 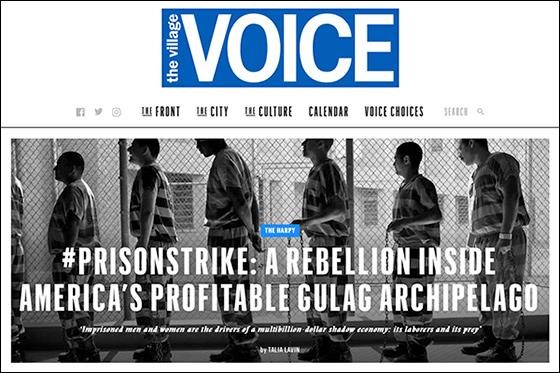 A year after The Village Voice shut down its print production, the company stopped publishing online. The iconic Village Voiceclosed August 31.

Last August, journalists and writers mourned the end of The Village Voice in print, an alt-weekly founded in 1955 that had been distributed for free in the New York City area since 1996.

Now, they are mourning the end of the brand.

Over its 63 years of publication, The Village Voice received numerous press accolades, including  three Pulitzer Prices, The National PRess Foundation Award and the George Polk Award.

Owner Peter Barbey purchased the paper in October 2015 from Voice Media Group. He stated: "In recent years, the Voice has been subject to the increasingly harsh economic realities facing those creating journalism and written media. Like many others in publishing, we were continually optimistic that relief was around the next corner. Where stability for our business is, we do not know yet. The only thing that is clear now is that we have not reached that destination.”

Barbey said half of about the 15 to 20 staffers at the Voice will stay on to fully digitize its archive. The rest of the Voice’s employees were let go Friday.

“We have begun working to ensure that the enormous print archive of The Village Voice is made digitally accessible,” Barbey stated. “I began my involvement with the Voice intending to ensure its future. While this is not the outcome I’d hoped for and worked toward, a fully digitized Voice archive will offer coming generations a chance to experience for themselves what is clearly one of this city’s and this country’s social and cultural treasures.”

The Village Voice was known for its coverage of New York City’s culture, nightlife, and social and political issues.

When Barbey acquired the paper three years ago, he eliminated its reliance on sex and escort advertising, moved the print edition to a higher quality paper stock and increased its distribution by more than 50% to 120,000, the Voice’s total circulation before it went free.
Barbey also unveiled a redesigned site last May.

He said last year: “The most powerful thing about the Voice wasn’t that it was printed on newsprint or that it came out every week. It was that The Village Voice was alive, and that it changed in step with and reflected the times and the ever-evolving world around it."

The paper’s last editor-in-chief, Stephen Mooallem, was the third top editor in three years. He left in May and wasn't replaced.
The last print issue of the Voice — published last September —  featured a photo gallery and 50-page portfolio of prolific Voice journalists, New York photographers and popular columnists from the paper's heyday.