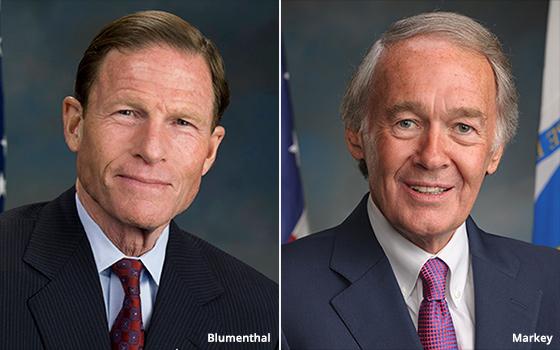 Two Senators are expressing concerns over how the ongoing government shutdown will affect the Federal Trade Commission's probe of Facebook's data practices.

“When American's privacy is breached, they deserve a speedy and effective response,” Sens. Ed Markey (D-Massachusetts) and Richard Blumenthal (D-Connecticut) write in a letter sent Thursday to the FTC. “The government shutdown could have profound effects on the FTC's investigation beyond delays due to staff furloughs.”

Last March, soon after it emerged that Cambridge Analytica had harvested data from millions of Facebook users, the FTC said it was investigating whether Facebook violated a 2012 consent decree.

Cambridge Analytica -- now defunct -- received the data from researcher Aleksandr Kogan, who obtained the information in 2014 through the personality-quiz app "thisisyourdigitallife." Only 270,000 Facebook users downloaded Kogan's app, but he was able to gather data about many of those users' contacts.

The FTC, which hasn't publicly discussed the investigation since last March, has been closed for around four weeks due to the government shutdown.

Markey and Blumenthal are now asking the agency whether it has a plan to resume the investigation when the government reopens, and whether it will require additional resources to do so.

“We strongly encourage the Commission to use every tool at its disposal in its investigation and we write to ensure that the FTC is able to address any detrimental impacts from the shutdown and conduct a fulsome investigation,” they say.