Rerun Mania On Basic Cable: Is This All You Got? 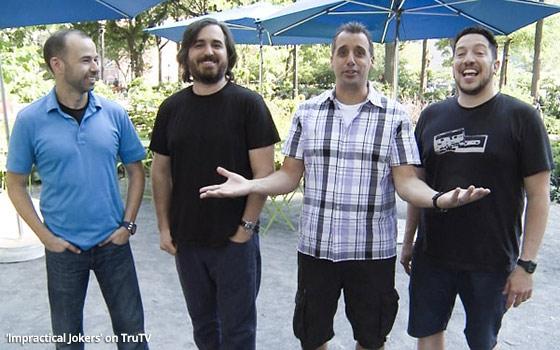 Imagine a world in which some of TV’s most prominent networks filled their prime-time schedules on almost every evening with mini-marathons of a very small handful of shows repeated over and over and over again.

Well, you don't really have to imagine this, because the reality of this situation plays out almost nightly right before your eyes.

This is what basic cable has come to: Typical networks such as History, A&E or TruTV (to name just three of them) now depend, seemingly, on just one or two brand-name shows to fill multiple hours -- not only in prime time but all day too.

The shows are either straight-up reruns or, as is now fashionable, they are repurposed. This involves taking the library of existing episodes, and then carving various bits from them and repackaging them into themed shows with various subtitles appended to them.

This is being done all over basic cable today. The fact is, these repackaged shows are really just reruns in disguise.

This is the state of basic cable today, a business that once upon a time seemed to be growing fast enough in its production of original shows that many could foresee a time when they would rival the broadcast networks in the number of prime-time hours they programmed each week with originals. This never happened.

Some of this week's lineups are typical examples of this phenomenon. On History Channel on Monday (January 21): 12 hours of “American Pickers” from 10 a.m. to 10 p.m. eastern. Yes, 12 hours.

At least one of these episodes carries the subtitle “Bonus Buys,” a repurposing that might either be a themed episode or perhaps an episode in which some never-before-seen footage has been incorporated.

This is another way in which these kinds of shows are repackaged -- inserting a few minutes of new material in a show filled mostly with repeat segments.

Later in the week, in both the day and evening on Thursday, the History Channel lineup is similarly dominated by “American Pickers.”

Elsewhere on Monday, TruTV will have 21 half-hour episodes of “Impractical Jokers.” And almost all of them are the recycled version that has been subtitled “Inside Jokes.” In this repurposing, numerous segments from previous shows are repeated, but with new factoids about the segments presented on-screen.

On A&E this week, on Tuesday, get ready for hours and hours of “Storage Wars” -- 18 episodes starting at 3 p.m. eastern, right after eight episodes of “Parking Wars.”

Let the record show that the TV Blog is a big fan of “American Pickers,” “Impractical Jokers” and “The Carbonaro Effect.”

But if these networks are capable of making these shows, why aren't they making others that are just as attractive and would serve the purpose of breaking up their lineups and possibly, in the process, attract more viewership?

The answer probably is that basic cable networks today are in a belt-tightening mood. So they take the few hits that they have, and repurpose them over and over again until at some point, they will likely be used up. At any rate, these reused shows are certainly cheaper to produce than new ones.

Anyone who still has the habit of watching TV in the old-fashioned way -- grazing through the cable channels with a remote control (and there are still millions who do so) -- now has this viewing experience on many networks on basic cable: Encountering marathons of mostly the same few shows, presented with (and disrupted by) some of the most frequent and lengthy commercial breaks in all of television.

Sure, TruTV, A&E and History also dabble in scripted TV shows. But with all the “Impractical Jokers” and “Storage Wars” shows crowding their lineups, who remembers these other shows?

1 comment about "Rerun Mania On Basic Cable: Is This All You Got?".
Check to receive email when comments are posted.
Next story loading