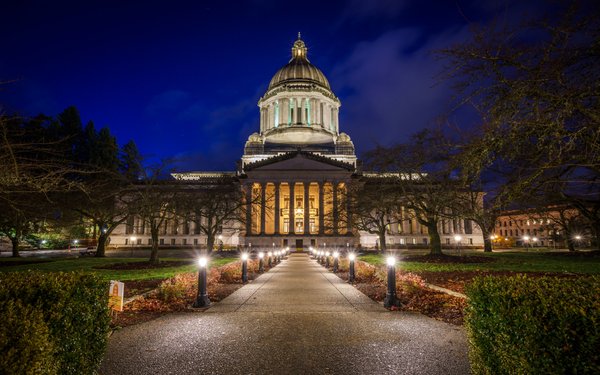 Lawmakers in Washington state are considering passing a privacy law that includes some similar provisions similar to the one passed last year in California.

The Washington Privacy Act, introduced by Sen. Reuven Carlyle (D-Seattle), would give consumers the right to learn what data is collected about them and whether the information is sold to outside companies. The bill would also allow consumers to prevent their personal data to be used for direct marketing, including ad-targeting based on consumer profiles. The measure defines “personal data” as information relating to either “identified” or “identifiable” people. The definition excludes data that can't be linked to individuals “without additional information kept separately.”

“It is essential that our state -- as home to some of the leading technology companies in the world -- ensure we are a thought leader in designing and developing a responsible regulatory framework around how personal data is generated, collected, stored and sold in the marketplace and by government,” Carlyle said in a statement.

The law would also prohibit government agencies from using the technology in public spaces without a court order, unless there's an emergency.

“Washington residents have long enjoyed an expectation of privacy in their public movements,” the bill states. “The development of new technology like facial recognition could, if deployed indiscriminately and without guardrails, enable the constant surveillance of any individual any time of the day and every day of the year. Washington residents should have the right to a reasonable expectation of privacy in their movements, and thus should be free from ubiquitous and surreptitious surveillance using facial recognition technology.”

The proposed measure would be enforced by the state attorney general, and wouldn't take effect until the end of 2020.