Enquiring Minds Have To Go 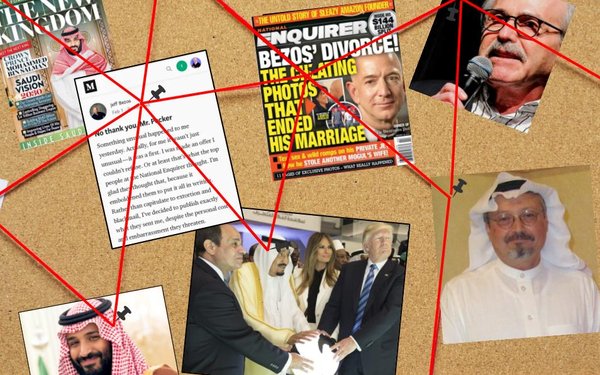 Of the many reasons to admire Jeff Bezos today, his whistleblowing indictment about how American Media Inc. has been “weaponizing its journalistic privileges” sheds new light on what has been an increasingly creepy and destructive media enterprise.

And, if his allegations hold up, a criminal one.

We may never learn the full nexus of AMI’s dark, insidious role in our society — or what else they have locked up in CEO David Pecker’s safe. But at least we know that it’s not just reckless titillation, but something far more nefarious.

Yellow journalism is not new, and for most of my life, it was easy to look the other way at the alien baby stories and Elvis sightings on the cover of the National Enquirers on display at supermarket aisles.

As Bezos implies, the First Amendment provides a broad privilege to publishers, even when they just make stuff up.

But AMI stepped over the ethical line when we learned how it was using its “catch-and-release” method to buy and suppress politically damning information about a presidential candidate. It may also have crossed a potentially legal one — allegedly  blackmailing and extorting a source exposing the political motivation for the National Enquirer’s hit job on him.

If true, it raises new questions about the timing of the National Enquirer’s hit job on Ted Cruz during the Republican presidential primaries in 2016.

Time will tell, but several pundits are already predicting the demise of AMI.

“The National Enquirer is not a journalistic enterprise,” Washington Post columnist Eugene Robinson opined on MSNBC’s “Morning Joe” this morning. “It is, apparently, an extortion racket. And one that seems to be coming down.”

“They are out of business. They just don’t know it yet,” L2’s Scott Galloway said later on the same show.