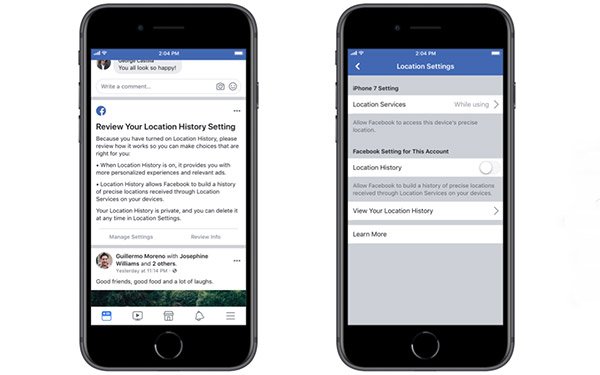 Continuing to address a host of privacy concerns, Facebook is giving Android users more control over the collection of their geographical location data.

This includes a new background location control so Android users can choose whether they want Facebook to collect location information when they’re not actually using the app.

“For example, when people choose to use Nearby Friends, a feature that lets friends share their locations with each other, they give Facebook permission to access their location even when they’re not using the app,” Paul McDonald, at Engineering Director at Facebook notes in a new blog post.

Among a host of other privacy issues, Facebook have been criticized for not being entirely transparent about its location-tracking practices. McDonald said the matter was simply a misunderstanding stemming from the fact that Android and Apple offer different privacy settings.

What Facebook is not doing is making any changes to the choices users previously made, or collecting any new information as a result of this latest update, McDonald said.

Additionally, McDonald said Facebook will be alerting Android users who chose to turn on Location History in the past, letting them know about the new control, and asking them to check that their settings are to their liking.