The Blaze Is On Fire, How It Overtook Breitbart 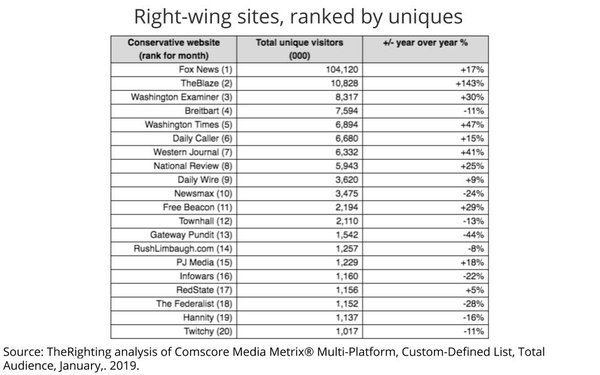 The Blaze’s audience has surged 143% over the past year, catapulting it to the second biggest right-wing political news source in the nation, behind a long-dominant Fox News, according to an analysis released today by TheRighting.

But the real story is the erosion of Breitbart News, which plummeted 11%, falling to fourth place, behind The Blaze and The Washington Examiner.