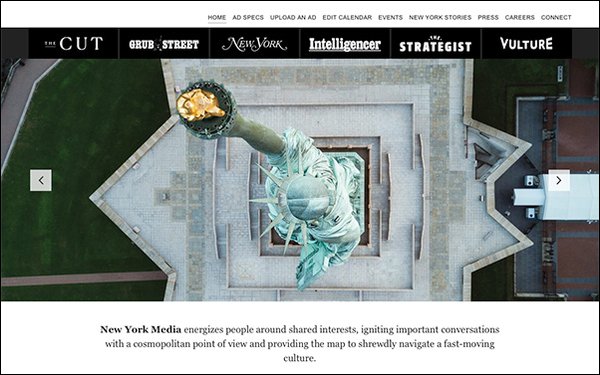 A holding company controlled by the heirs of investment banker Bruce Wasserstein owns New York Media. He bought the publisher in 2003 for $55 million, and his daughter Pamela took over as CEO three years ago.

Since then, the company has grown into a network of websites, including Intelligencer, which has up-to-date news; Vulture, which tracks the entertainment industry; Grub Street, a food and restaurant site; The Cut, a fashion and lifestyle site; and The Strategist, which makes recommendations for a variety of products.

New York Media last year started exploring options, including a possible sale, amid a wave of consolidation among publishers. Print and digital media companies have had to cope with declining revenue as advertisers shift their media buying to reach target audiences at Facebook, Google and Amazon.

It’s been a difficult time for any publisher to seek a buyer amid rising interest rates, a stock market that’s stuck at levels first reached 13 months ago, disappointing revenue and mass layoffs.

BuzzFeed, Verizon Media, Gannett and Vice Media are among the media companies that have cut more than 2,200 jobs this year.

Last month, Adam Moss announced he was stepping down as editor-in-chief of New York Media after 15 years at the helm. David Haskell will succeed Moss as the top editor on April 1.