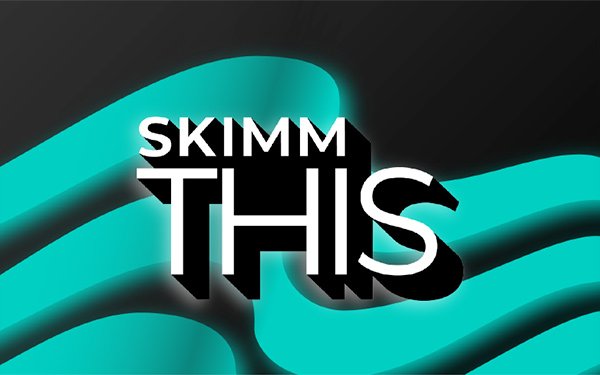 TheSkimm site announced the launch of a new daily news podcast, “Skimm This.” Set to hit on March 4, the podcast will focus on four news stories each day, covered from a nonpartisan perspective over the course of 10 minutes. The goal is to provide clarity and content on national and international issues.

The podcast will become available evenings, Monday through Friday, at 5 p.m., to draw those who listen while commuting, going to the gym or preparing dinner, reports TechCrunch.

“Skimm This” is produced in partnership with Cadence13, which the media company worked with on its first podcast. The decision to produce a new podcast came as founders Carly Zakin and Danielle Weisberg learned that 24% of theSkimm’s audience listened to news podcasts, with 60% of those consumers listening daily.

A flash briefing version of the podcast will join the “Daily Skimm” briefing on Alexa and Google Home.

“Skimm This” will be available on Apple Podcasts, Google Plat and Google’s Android app and Spotify, among other platforms.

A new content hub was created within Health.com to host the series, with a new episode released each week. The first episode focuses on a woman who suffered from endometriosis and eventually had multiple organs removed when she was finally properly diagnosed.

Health.com reaches an audience of 29 million.