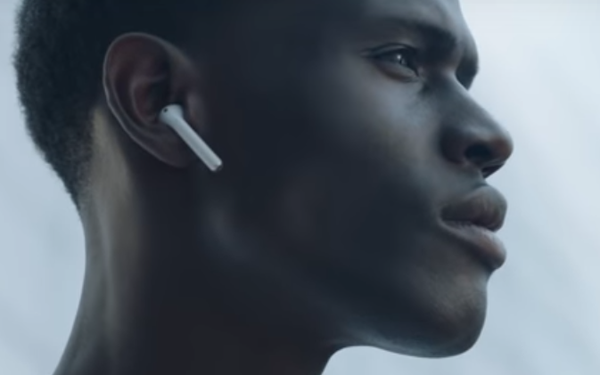 Most of the buzz around wearable IoT devices centers on smartwatches and fitness wristbands. And true enough, in Q4 of 2018,  that’s where the bulk of sales came from, according to the IDC’s latest Worldwide Quarterly Wearable Device Tracker

Perhaps surprisingly though, the IDC says much of the growth in Q4 and for all of 2018 was attributed to the growing number of ear-worn devices. Those products made up nearly 22% of the entire wearable market at the end of last year, up 66.4% over the same time a year ago.

"The market for ear-worn wearables has grown substantially this past year” — a trend the researcher expects “to continue in the years to come," said Jitesh Ubrani, senior research analyst for IDC’s tracker unit.

"It is the next battleground for companies as these types of headphones become a necessity for many, given the exclusion of headphone jacks from modern devices. Add to that the rise of smart assistants, and in-ear biometrics and companies have the perfect formula to sell consumers on a device that's complementary to the device ecosystem that lives on their wrist and in their pocket," Ubrani added.

Apple’s AirPods are the big winner

That might not have seemed likely in 2016, when Apple announced that all of its new phones would eliminate the earphone jack.That made headphones unworkable on the Apple iPhone 7 and other iPhones to come.  Consumers and consumer advocates howled. The wireless AirPods that replaced them cost $159.

Apple’s marketing chief explained it took “courage” for Apple to make the move. Others thought it seemed kind of consumer-unfriendly.

Rival Samsung chided Apple. When it introduced its Galaxy Note7 a couple month later, a Samsung executive showed off all of its features to reporters and then added, “Want to know what else it comes with? An audio jack. I’m just sayin.’”

But AirPods took off, and spawned a new market of alternatives from Google and others.

Then a few months ago, the hot rumor was that Samsung would reverse itself and eliminate the jack for its new Galaxy S10. When it was finally unveiled, the jack was still there, but when Samsung launches its much-ballyhooed Fold phone, with a list price of $1,980, the jack will be history.

“Absolutely, all of this began by removing the headphone jack,” said Ramon T. Llamas, research director for IDC's Wearables.

He says the company “essentially forced Apple fans to move away from wired headphones, and because Apple had a solution waiting in the wings,  it drew a clear path for customers to go. And let's not forget that rabid Apple fans would prefer Apple-branded solutions over those from third parties.”

Not to overlook the real star of the wearables show, Llamas also pointed out that smartwatches grew 54.3% and accounted for nearly 30% of all wearable shipments in 2018.

And Apple accounted for nearly half the market. Overall  the worldwide market for wearables grew 31.4% in the fourth quarter, IDC reported.