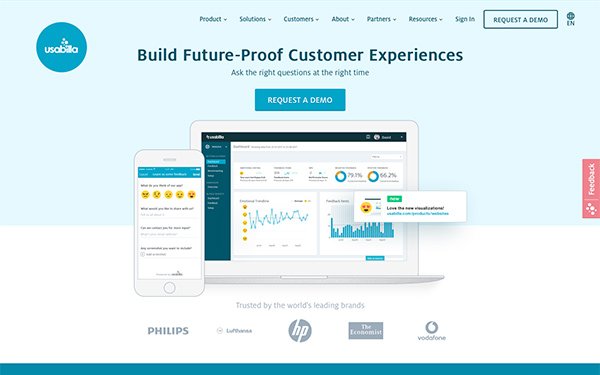 Per the deal, SurveyMonkey is getting existing relationships with 450 enterprise clients from Lufthansa to Philips to Vodafone.

That adds to SurveyMonkey’s current client roster of roughly 345,000 organizations around the world -- which does not include its roughly 17 million active users.

SurveyMonkey isn’t unfamiliar with the business of collecting consumer feedback. In fact, its SurveyMonkey CX does just that, while its TechValidate service specializes in analyzing such data.

The plan is for SurveyMonkey to integrate Usabilla’s offerings into its existing SaaS platform. Across digital channels, SurveyMonkey sees a serious need for better consumer experiences and feedback tools.

According to its own calculations, about 58% of consumers have abandoned an online purchase due to a bug or poor user experience.