Can This Quirky Kid Give Reebok's Sales A Rebound? 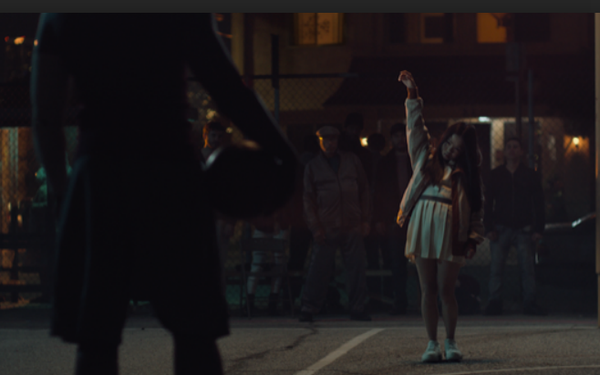 Reebok is hoping one badass little girl can help it reverse a sales slump and ignite new interest in its old shoes.

Called “Storm the Court,” the new 90-second ad stars a young girl who uses NBA-level intensity to stare down a tough crowd, showing off her Aztrek Double shoes, an update to the brand’s 1993 all-terrain classic.

The Boston-based company says the ad is meant to celebrate “those who defy convention and challenge the status quo.”

It’s the first campaign under Melanie Boulden, Reebok’s global head of marketing and brand management, who joined the company from Crayola back in April. The ad is also something of a swan song from agency Venables Bell & Partners. Reebok awarded its account to Deutsch earlier this year.

American’s shoe preferences have shifted away from performance athletic shoes, like those made for basketball and running, to leisure and lifestyle shoes, favoring brands like Vans and Skechers. And while sales of Reebok’s Classics have done well, that hasn’t been enough to stem the decline in performance shoes. Sales for Reebok products sank 5% in the most recent quarter, and 3% in the quarter before that, even as parent Adidas has seen its market share gain.

The ads are running on traditional, digital and social channels. After this film, it plans to introduce  “Back Where We Started,” which will take a trip back to the day when the Club C was king, followed by a third, later this year, which will feature Classics as well as performance models.

“While performance struggles, the opportunity lies in athletic-inspired sneakers with a performance-based heritage, as they are reaping the benefits of this shift,” he writes. “Sport lifestyle footwear, designed for style and everyday wear and not for engaging in sport activity, continues to drive the broader footwear market and now represents nearly half of all athletic shoes sold in the U.S.”