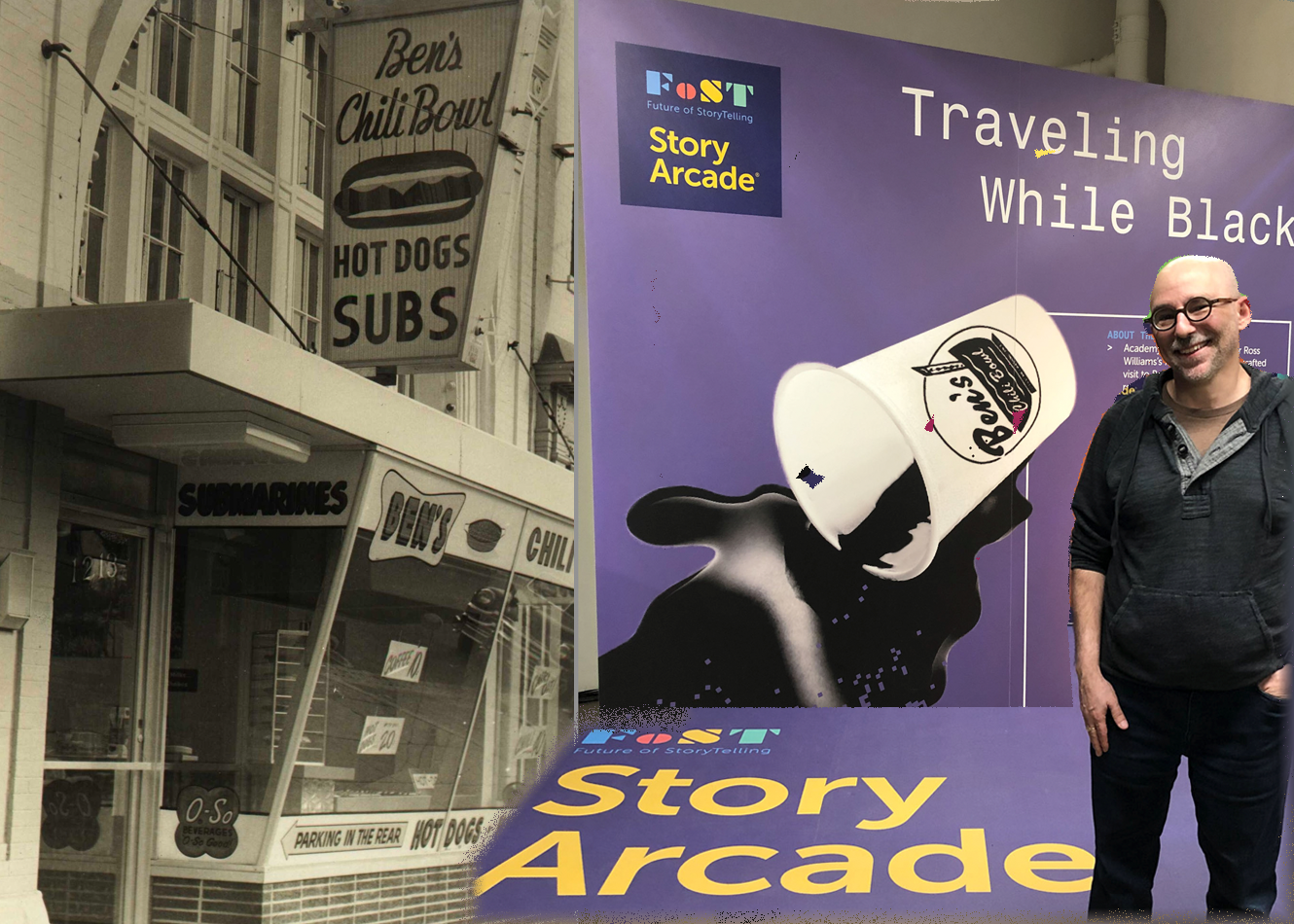 As I headed over to the West Side of Manhattan, I wasn’t sure exactly what to expect. I’d been promised a time machine.

I’d been told to use the password “arcade” at the door. The building was big, empty and dark. The guard behind the desk looked up, and raised an eyebrow, as if to say, “So?” I said the password, and he pointed to the elevator bank. “Third floor,” he whispered.

OK, this was kind of weird.

Upstairs I found a long hall, at the end of which was a collection of high-tech exhibits. There was an AI system that asked you questions to create a custom perfume, a fabulous flying bird VR experience, and a somewhat puzzling offer to explore “the wolves in the walls.” (Hint: They’re not really wolves.)

But it was the scale model of Ben’s Chili Bowl in Washington D.C. that called my name. I’d found the time machine, in the “Traveling While Black” VR documentary.

A view of how African Americans have been treated while traveling won an Academy Award this year for the film “Green Book.” And my friend and fellow TED resident Evita Robinson’s TED Talk “Reclaiming the Globe” brought  the issue to light by discussing her modern-day experiences.

So I wasn’t entirely sure what a trip in a time machine would add to my understanding.

Then I put on the VR goggles.

It was most certainly a time machine. Director Roger Ross Williams puts you in a booth in the Chili Bowl  and lets you travel through the decades. I sat fact to face with people  engaging in the battle that goes on today — from the restaurant’s owner Virginia Ali to civil rights leader Courtland Cox to Samaria Rice, the mother of Tamir Rice, the teenager shot by Cleveland police in 2014.

After 20 minutes, I was back. But things had changed for me.

This new kind of immersive storytelling gives documentary directors an entirely new canvas. Director Williams was able to mix historic context with a modern-day story, making it hard to ignore the impact of the past on today’s growing tide of racism, anti-Semitism, and anti-Muslim hate.

"You can really experience the pain of the people talking to you and telling you their stories. You can see into their faces in a way that doesn't let you look away. That's something only VR can give you,” says Williams.

And for me, the immersion and the powerful reality of being in the story broke the fourth wall objectivity that can leave some documentaries engaging, but distant.

"When you experience this documentary in VR it's all around you, and you can't escape it,” Williams told Forbes. "I didn't want people to be able to escape the experience they have when watching ‘Traveling While Black’ — and this immersive feeling could only be achieved through VR.”

The entire experience is the creation, or rather curation, of Charlie Melcher, the founder and creative driver behind the Future of Storytelling conference.

"We’re moving to an era where stories are things you can live and experience," Melcher told Forbes. "It makes them an order of magnitude more powerful and memorable -- the ability to feel greater empathy or be more moved because of it.”

"Coming to the Story Arcade is going to give you a glimpse into the future,” said Melcher.

Indeed, for me, he was certainly right.

“Traveling While Black” was produced gy Felix & Paul Studios in partnership with the New York Times and isalso available in the Oculus Store for Oculus Rift, Oculus Go and Gear VR.

Check out the Future of Storytelling pop-up here.