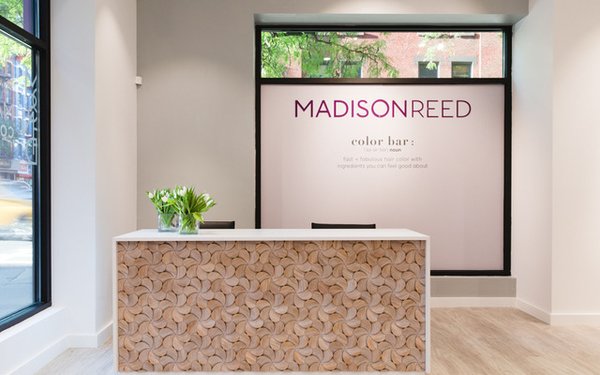 Add Madison Reed to the growing list of D2C brands turning to TV campaigns. The brand, dedicated to disrupting the hair color business any way it can, is breaking a series of one and two-minute spots on cable TV.

Using a branded direct-response approach, “we know we need to tell a deep story about who we are, and 15 or 30 seconds doesn’t give us enough time,” says Heidi Dorosin, the company’s CMO.

The ads, created by 24West, focus on before and after shots of six different women.

“There’s still so much shame around women coloring their hair, especially if they do at home,” she tells Marketing Daily. “But we are trying to create a new paradigm. Right now, the two main options are either spending $5 on a smelly product so toxic you have to chase the kids out of the house when you use it, or going to a salon and spending $200 and four hours.”

Like many D2C brands, Madison Reed is working hard to become more omnichannel. In addition to its website, it’s also sold in Ulta Beauty stores. And it recently raised $51 million to expand from six Color Bar locations to 40 by the end of next year.

While the company’s roots are thoroughly digital, the physical locations are vital. “Some women really need someone to hold their hand through the coloring process, and we’re fine with that,” she says, adding that for a certain subset of the population, it’s easier to sell someone a Rolex watch than home hair color. “It’s high risk — it’s hard to reverse. And if you mess up, it’s incredibly public.”

While she won’t disclose Madison Reed’s annual sales, Dorosin is aiming to turn it into a $1 billion brand and says the product stands out because of its quality. “It’s not just that we’ve taken so much out, including the six most harmful ingredients. It’s that we’ve added botanicals to make hair healthier.”

With a target audience between 35 and 55 and 90% women, she says the brand has a double mission. “On one hand, we are aiming to be the brand that perfectly matches her natural color, so she can be that 'Does she or doesn’t she?’ woman.

“But we also want to de-shame home hair coloring. Colorists do a very good job of convincing people this is something we can’t do on our own. We’re proving them wrong.”