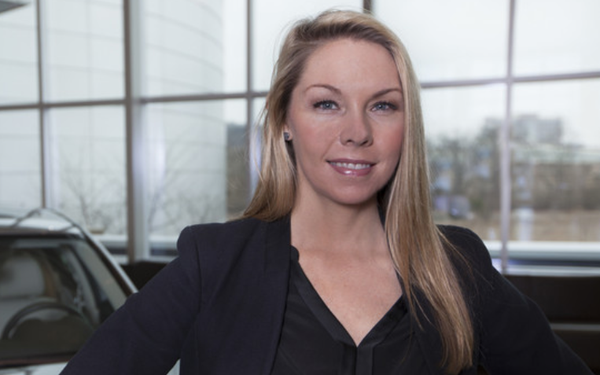 Jeremy Tucker is leaving the top marketing position at Nissan North American to “pursue other opportunities,” according to the automaker.

A well-placed source says Tucker, who was vice president, Nissan marketing communications and media, was fired. However, Tucker describes it as a "mutually agreeable parting."

Sales at the automaker have been lackluster and there has been some discontent among dealers about the brand’s lack of national advertising, according to another source. The automaker’s total calendar year 2018 U.S. sales were down 6.2% compared to the prior year. Nissan division sales were down 6.6%.

Replacing Tucker effective April 1 is Allyson Witherspoon, currently general manager, global brand engagement, Nissan Motor Co., Ltd. who will return to North America from Japan for the position, which is based in Tennessee. Witherspoon is the second woman to become the top marketer at Nissan North America. Janet Thompson was vice president of marketing at Nissan North America Inc., Nissan and Infiniti Divisions from June 2004 to September 2007.

Tucker says he will stay on until later in April so there is a smooth transition for Witherspoon, who has been his global counterpart for Nissan marketing.

“You know, 18 months is the average tenure for a CMO, and I’ve been here more than four years,” Tucker tells Marketing Daily. “I feel like I've done some great things for the brand. … I love this brand, my first car was a Datsun. But it’s time for me to do something different and stretch my wings.”

Tucker notes that Witherspoon’s international experience will serve her well.

“At this point in time, it’s all about unity and strengthening the relationship globally,” he says. “Coming from Japan, she has the ability to do that. She will be able to play the linkage role.”

The automaker says the change is part of efforts to meet targets outlined in the company’s midterm business plan, “M.O.V.E. to 2022.”

While Nissan moved several other non-marketing executives around, Tucker is the only executive reported to be leaving the company.

Tucker has been in the position for four years and seven months. He was instrumental in arranging for several high-profile deals between Nissan and Disney, including a well-received effort tying the Nissan Rogue to the "Star Wars" franchise. Previous to Nissan, Tucker spent two years at the Walt Disney Co. and seven years at PepsiCo.

Witherspoon has been in her current position in Japan for two years. She has handled global marketing and creative strategy and validation of local marketing communications executed across seven global regions and 40 markets.

Witherspoon's previous positions at global marketing firms included direct support to a number of luxury automotive manufacturers including BMW North America and Mercedes-Benz USA. She spent most of her early career as an assistant vice president of Ansira, a marketing consultancy whose clients included American Honda Motor Co. in addition to Mercedes-Benz.