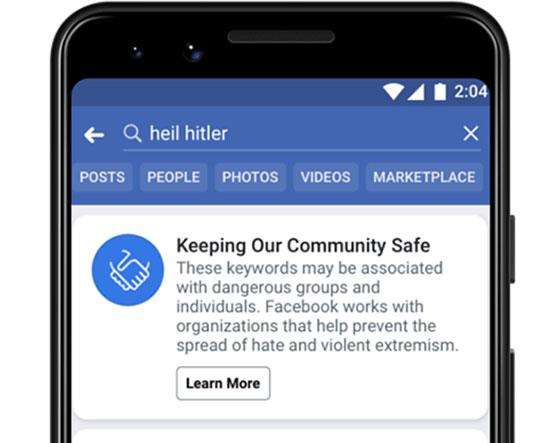 Marking a significant shift in policy, Facebook just announced a broad ban on “praise, support and representation” of white nationalism and separatism.

Facebook has long prohibited hate speech and other forms of offensive content. Yet, the tech titan had previously been hesitant to silence entire communities, no matter how misguided their principles.

“It’s clear these concepts are deeply linked to organized hate groupsand have no place on our services,” Facebook stated.

Recent conversations with members of civil society and academics inspired Facebook leadership to change its position.

Facebook’s own review of hate figures and organizations -- as defined by its Dangerous Individuals & Organizations policy -- further uncovered the overlap between white nationalism and separatism and white supremacy.

“White people” will still be able to show pride in their ethnic heritage, Facebook said.

More broadly, Facebook admitted it needs to continue improving its ability to find and remove inappropriate content across its network of platforms.

“Facebook faces a number of serious civil-rights challenges, including allegations of allowing the propagation of hate speech,” according to Laura Murphy, a former director of the ACLU Legislative Office, who Facebook commissioned to conduct the audit.
facebook, politics, social media
Next story loading