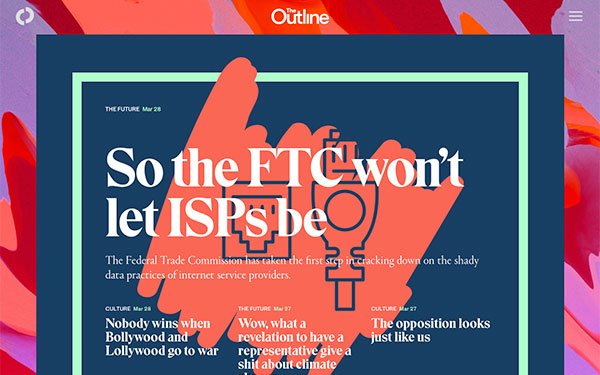 Bustle Digital Group adds another media brand to its portfolio with the acquisition of digital culture site The Outline.

First reported by Recode yesterday afternoon, financial terms were not disclosed. Bustle founder Bryan Goldberg will acquire The Outline’s custom publishing platform, which he plans to use across his sites.

According to Recode, Goldberg believes the implementation of The Outline’s platform and its manner of displaying web ads will make Bustle Digital Group particularly attractive to advertisers.

The Outline previously raised over $10 million; just last year, it reported a round of $5 million in funding after the company was valued at more than $21 million. The outlet ran into financial trouble after pursuing a business model that involved building a series “of modestly scaled sites in the vein of The Outline,” with the hope of attracting advertisers interested in reaching an elite audience.

Per Recode’s report, that pursuit raised less than $1 million last year. However, Josh Topolsky, veteran journalist-founder of The Outline, plans to continue to run the site and launch a tech site called Input.

Earlier this year, the Outline laid off its two remaining staff writers and four noneditorial employees. At the time, Topolsky commented on the situation: “We recently made the hard decision to let go of some very talented people, so we could move the business into a break-even financial position as quickly as possible, thus allowing us to grow, hire and build independent of venture capital investment.”

Goldberg told Recode one of The Outline’s issues was scale, which he says it didn’t have. He said Bustle will add the needed support for it to become successful.

The Outline currently employees 11 people; all are reported to be moving to Goldberg’s growing empire.

Earlier in 2019, Bustle acquired Mica after it laid off most of its 100-person unionized staff. The site was relaunched just two months later with content penned by two writers not affiliated with the outlet’s unionized staff.