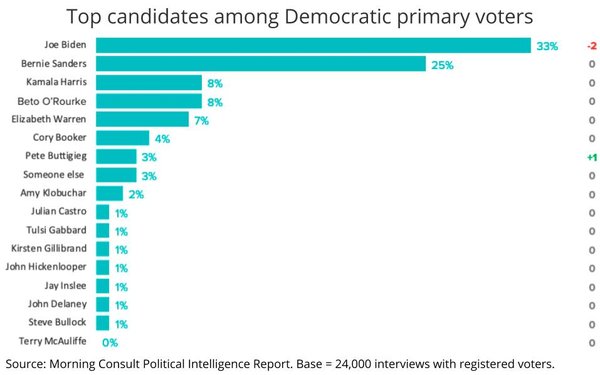 When does a hard-to-pronounce brand name change from a liability to an asset? When pundits and the news media give an assist by providing mnemonic devices on the proper way to say it.

That's what's happened to Pete Buttigieg in the weeks since he emerged as a serious Democratic presidential contender.

Almost every one-on-one interview with Buttigieg begins with the interviewer struggling to come up with a simple memory trick.

"Some people just say 'boot-edge-edge.' Other people say 'Buddha,' and the word 'judge.' "That'll get you there," Buttigieg began his interview with MSNBC's Lawrence O'Donnell Tuesday night.

Not since Americans had to learn how to say "Barack Obama" has a candidate had such an opportunity to differentiate her or his brand name and reap countless media impressions in the process.

Or to paraphrase the classic Madison Avenue adage, say it any way you want, so long as you spell my name right. Especially at the ballot box.

It's hard to say how much the mnemonic is contributing, but Buttigieg is the only potential Democratic candidate to show some momentum recently in Morning Consult's just-released Political Intelligence Report, moving up to 7th place, just ahead of "someone else."

"Pete Buttigieg’s net favorability has jumped up by 11 points since Morning Consult began tracking in early February -- the biggest increase of any candidate," the report notes.

Buttigieg's disclosure that he had raised $7 million from donors during the first quarter didn't hurt either. But the bottom line is the South Bend, Indiana, mayor is showing momentum.

I wouldn't be surprised to hear some campaign rallies chanting three different syllables as we get closer to 2020.