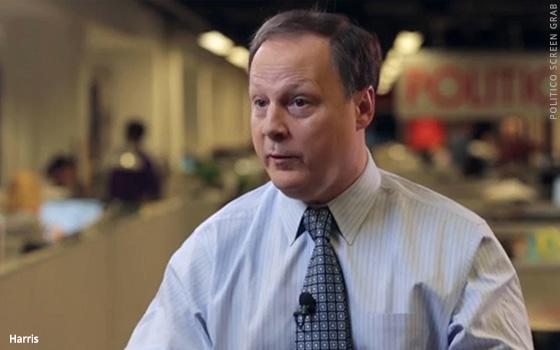 After serving as Politico’s editor-in-chief since cofounding it in 2007, John Harris is stepping down.

Matt Kaminski, currently Politico’s global editor in Europe, will take on the role of editor-in-chief next Monday. Kaminski joined Politico in 2014 after working at The Wall Street Journal for over a decade.

Harris will continue to serve as chairman of the editorial oversight committee at Politico, as well as editor-in-chief of Politico Europe. He will also write a new column about the national and global issues affecting the 2020 election.

“As I looked out at our newsrooms in the United States and Europe, I saw journalists having impact on the important stories and wondered enviously: ‘I think those guys might be having more fun than I am,’” Harris wrote in a memo to staff Tuesday. “No longer.”

Additionally, Harris will join the corporate board overseeing Politico.

"It is simply inconceivable that we could have a publication with anything like Politico’s current success if not for John's own judgment and values," Allbritton wrote to staff Tuesday. "I am glad he will continue to be by my side."

Under Harris' leadership, Politico went from a newsroom of about 30 to over 300 reporters and editors.

In an email to Politico, Harris wrote: "No one should want to organize a career around looking backward at a fading old order; far better to face the future with determination to create a compelling new order... I think we did that. We need to keep doing it. The question of 'What's next?' seems every bit as engaging and even more urgent now than it did 12 years ago.

Hilton is currently vice president, news and programming at BuzzFeed News, where she oversees U.S.-based news operations. She has been with BuzzFeed for six years. Previous work stints include Washington City Paper and NBC4, also in D.C.

Pearlstine stated Hilton had a “reputation for principled journalism, management, leadership and collaboration.”

“The Los Angeles Times is in the midst of a renaissance, and Shani will play a key role in our renewed commitment to distinctive journalism,” Kraft added, noting the newspaper is ramping up efforts to reach a larger audience.

Hilton is the paper's latest hire. Its editorial staff has grown 30% since Dr. Patrick Soon-Shiong bought the LAT and San Diego Union-Tribune.