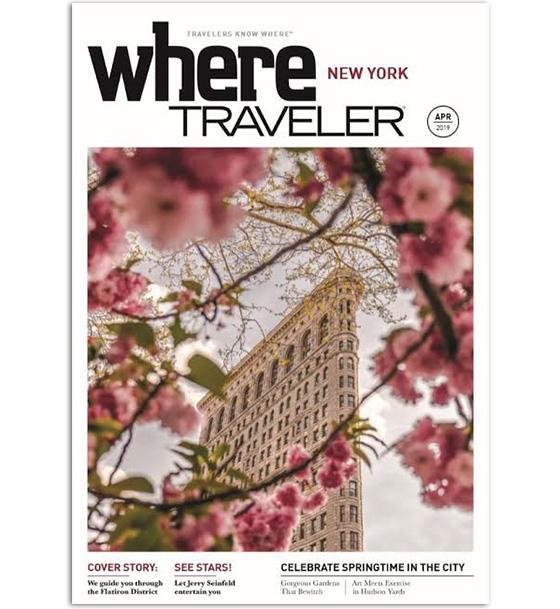 Morris Media Network has rebranded Where magazines in the U.S. to WhereTraveler. The new look and size of the April issue gives tourists local travel information and recommendations.

This is one of the first major changes to the publication since its founding in 1936. WhereTraveler has over 50 editions, covering 25 markets in the U.S. and 28 markets overseas. (They have different publishing schedules based on market needs.)

The ad-supported, free magazine is available at hotels, airports and other popular tourist venues.

"The publication — along with our lineup of platform extensions — continues our tradition of offering the best insider information about local markets, but with a dynamic new design that speaks to today’s traveler,” stated Morris Media Network chairman William S. Morris III.

The name change represents a more cohesive brand identity across the publisher’s print and online platforms: the website, WhereTraveler.com, now matches the name of all the American print editions.

“Travel is such an important part of the Where brand. We wanted to include the name in the print product,” Donna Kessler, president of Morris Media Network, told Publishers Daily. “As we transition into more of a print-digital, multiplatform relationship, we want to make sure the products complement one another.”

Kessler, who has been at Morris Media Network since 2003, said the company works closely with concierge at hotels, so it asked them for feedback on what travelers want from the magazine. The answer: “a more portable size, quicker reads and more listings.”

“Now we are presenting content in a much clearer and concise way, with quick hits and easy reads,” with less long-form, feature articles, making the magazine “easier to use,” she notes.

WhereTraveler has more listings, too, with added information on shopping, dining and attractions in each city’s edition.

The covers previously had full-bleed images and a logo that spread across the page. The new design has the cover image wrapped in white, with a logo that hangs to the left.

The changes to the magazine have not impacted the print publication’s page count, she says.

The rebranding and redesign will roll out throughout the year in WhereTraveler’s other platforms, including WhereTraveler GuestBooks, Quick Guide, Maps and the website.

Except for Australia, all the international editions of Where will remain the same.