Department Of The Attention Economy 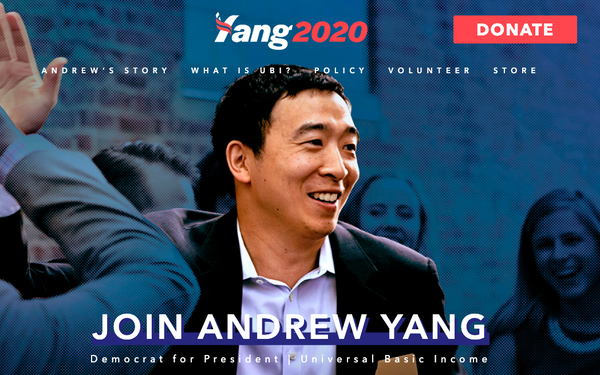 One of the most important issues advanced so far on the 2020 campaign trail isn’t coming from a frontrunner, but a dark horse candidate straight out of Silicon Valley, and I hope others start paying attention to it, literally. It’s the role the “attention economy” is playing in disrupting and distorting our social order -- from news and information to politics to the way we feel about ourselves and others.

“The data clearly shows, that in addition to the problems with our democracy because people are getting their information through social media, we’re also seeing a huge surge in depression, anxiety and emotional issues, particularly in boys and girls,” tech entrepreneur and Democratic presidential candidate Andrew Yang said Sunday morning on ABC’s “This Week with George Stephanopoulos.”

While it’s not the central issue on his platform, Yang is the first candidate to elevate issues surrounding the use of media, data and how they manipulate our attention to a formal part of the federal bureaucracy.

Yang calls it the “Department of the Attention Economy,” and it’s not just the current role it’s been playing, but the even more disruptive one it likely will play as advanced forms of machine learning and AI accelerate the role digital media has on human endeavors ranging from labor to knowledge and even our mental health.

Yang rightly attributes technological automation -- not offshoring or immigrant labor -- to the loss of U.S. jobs in America’s rust belt, and while he incumbent President continues to campaign on the appeal of bringing those jobs back by strict immigration and trade policies, Yang understands it is a technology phenomenon that isn’t likely to be put back in the bottle. His solution isn’t one the mainstream or right-leaning establishments are likely to embrace -- a Universal Basic Income to provide a basic safety net for the unemployable or under-employable -- but he at least understands the connection between technology, labor and policy.

As immediate an issue as automation is, it’s his views on the role digital media is playing in shaping modern life that I believe deserves attention and should be adopted by other candidates.

And while I know many would resist adding another level of bureaucracy for overseeing media, if there’s anything we’ve learned over the past several years it’s that media doesn’t do a good job of overseeing itself.

Even Facebook’s Mark Zuckerberg has begun articulating the need for regulating things like political advertising, but the problem is bigger than paid media, because Americans now get more of their news and information from social media than they do from historically regulated industries like TV, radio and newspapers.

Yang may or may not make it as a serious contender in the Democratic debates and primaries, but I hope the issues he has raised get picked up by others, because it is past time our federal government begins managing policies and regulations for the attention economy the same way it does for the conventional economy.