In First Earnings Report In 35 Years, Levi's Sales Up 7% 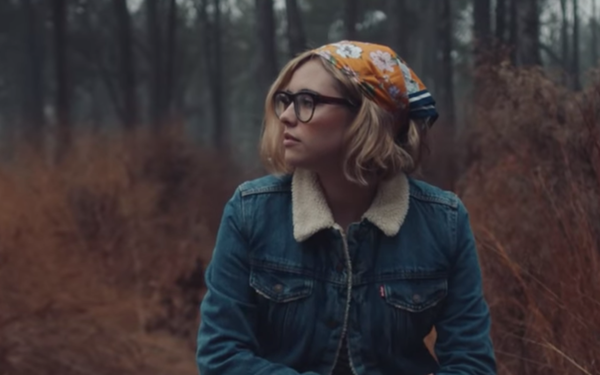 Levi Strauss & Co., which recently went public again after 35 years as a private company, indicate it’s continuing to build momentum as it hones its positioning as one of the apparel world’s most purpose-driven brands.

Revenues rose 7% to $1.45 billion — but had the company reported on a constant currency basis, the gains would have been an even more impressive 11%. Net income swung from a loss last year to $147 million, a jump of 81%.

Citing increases in all geographic divisions and channels, president and CEO Chip Bergh says the company marks the sixth quarter in a row with double-digit growth (on a constant currency basis). In the announcement, he says results demonstrate that “our strategies are working and our investments are paying off."

It’s the first formal earnings report since the company made its latest public offering several weeks ago.

In addition to marketing strategies that continue to push its messages of inclusion and activism, observers say that Levi Strauss owes much of its strong performance to its canny D2C efforts, with sales in that division advancing 10%.

“The addition of 70 more company-operated stores as well as the expansion of ecommerce has allowed Levi’s to reach more customers directly rather than going through third parties,” writes Neil Saunders, managing director of GlobalData Retail, in his note on the company’s results.“In our view, taking control over distribution in this way is a critical component of future success -- especially given the issues with third parties such as department stores. These more traditional routes to market simply cannot be relied upon.”

He writes that Levi’s stores give the company far more leeway to showcase what’s special about offerings, such as the new denim Performance Collection, with stretch and temperature control technologies.

And as younger consumers continue to see Levi’s as a lifestyle brand rather than just a jeans marketer, the company needs to have the space “to present the offer in a coherent and holistic way.”

Analysts are still wary of the company’s $1 billion long-term debt, causing an interest payment of $200 million this quarter.

Last fall, the San Francisco-based company jumped more fully into brand activism, asking consumers not to bring guns into its store, establishing the Safer Tomorrow Fund, and working closely with organizations like Live Free, an interfaith organization, and Everytown for Gun Safety. Last month, it started the "I Shape My World" campaign, highlighting the work of young activists around the world.