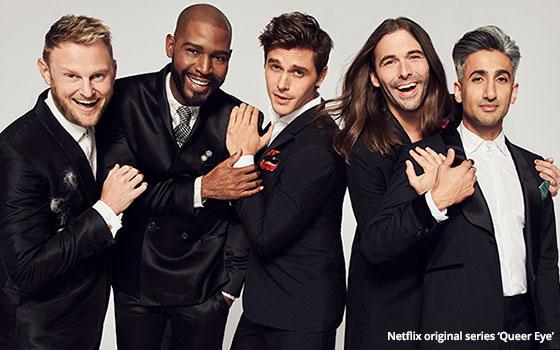 Pushing back concerns of growing streaming competition from major media companies, Netflix said its original shows rank higher than the licensed content it buys from Walt Disney, NBCUniversal and WarnerMedia.

During the company's first-quarter earnings call, Ted Sarandos, Chief Content Officer, Netflix said: “If you look at our top 10 most-watched shows on Netflix, they're all Netflix original brands. And the top 25 -- there's only four shows that have at least a single season that crack into top 25, even.”

Some of this may be open to interpretation, says Todd Juenger, media analyst at Bernstein Research.

To be clear, the definition is normalized "by season." It is possible (even likely) the total hours spent watching a licensed program with a lot of seasons (e.g., "Friends," "The Office," "Grey's Anatomy") may rank higher. But when normalized on a per-season basis, none of those makes the top 10.

Netflix executives also noted total licensed content is a small piece of all its viewing -- that means any one studio (Warners, Universal, Disney) has a small viewing share.

During the call, Netflix offered some rare insight into viewing data for one of its shows. In reference to the popular Netflix-original kids interactive show "You vs Wild," Sarandos said: "We'll have about 25 million people spending a lot of time on in the first 28 days on Netflix."

For its earnings release, Netflix said it grew 9.6 million new subscribers during its first quarter -- 7.9 million for international (88.6 million, in total) and 1.7 million in the U.S (total 60.2 million).

Netflix quarterly revenues grew 22% to $4.5 billion, while net income was up 19% to $344 million. The company said it spent $617 million in marketing during the period -- up 15% from the same period the year before.