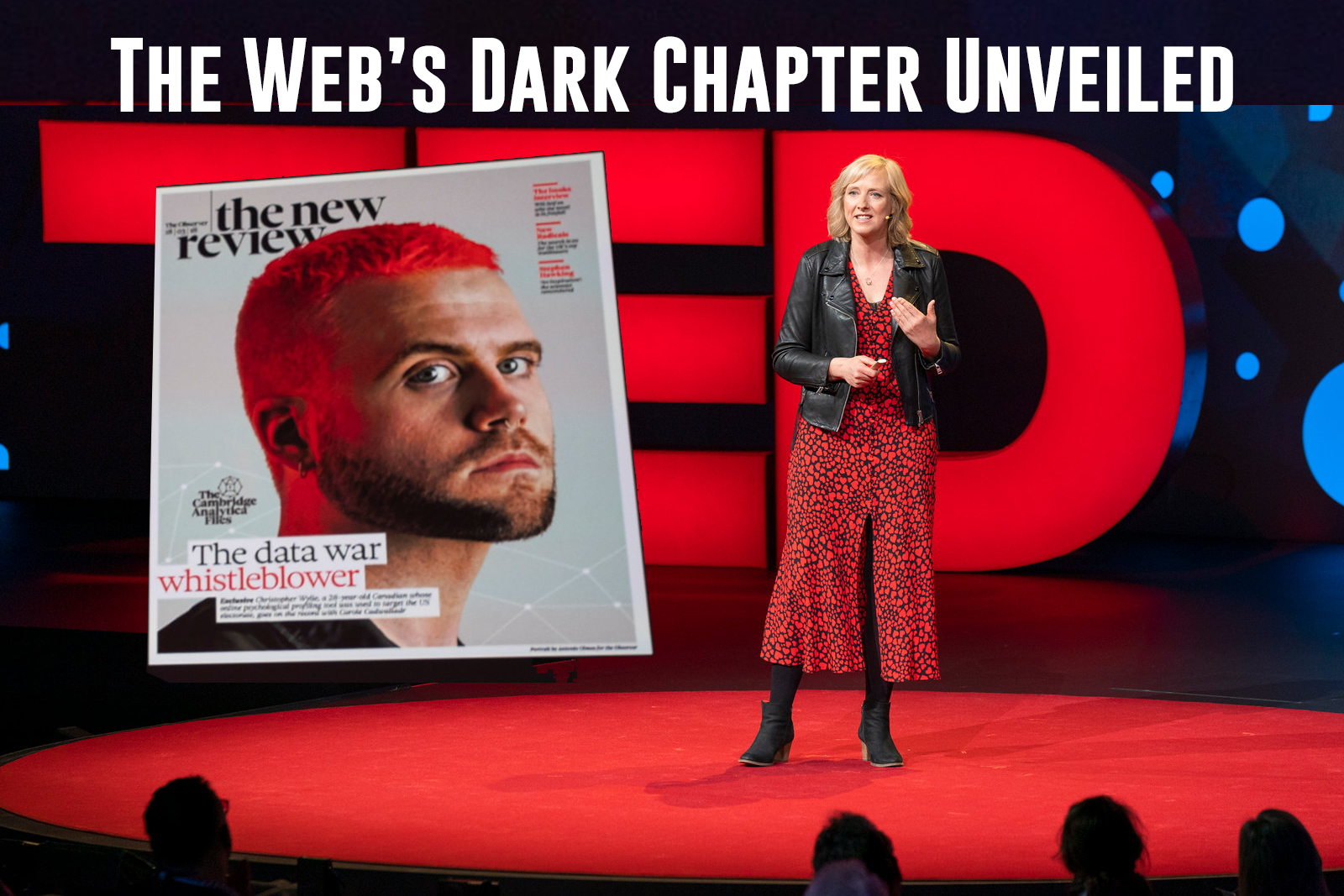 Carole  Cadwalladr isn’t an investigative reporter. She’s a feature writer for the UK's TheObserver.  But after the Brexit vote, her editor sent her to her hometown of Wales, asking her to talk to those who'd voted to leave the EU.

She did -- and found that in her working-class, left-wing neighborhood, people had voted to leave because they were afraid of Turkish immigrants. No matter that the town has virtually no immigrant population; voters were sure Turkish immigrants were about to swarm the border. They’d seen ads about it on Facebook.

Cadwalladr wanted to see these ads, but couldn’t. They were gone, and there was no way to look at an archive.

So she was concerned:  “We had no idea who placed the ads, or how much money was spent. Facebook refused to share it.” she said.  Britain limits the amount of money that can be spent in an election. But Cadwalladr said there’s no way to know if laws were broken because the data wasn't public.

She was speaking at the very first session at the 2019 TED Conference in Vancouver.  You can watch it for yourself right HERE.

Parliament eventually forced Facebook to hand over some of the ads, which Cadwalladr showed to the audience. "These ads are lies, total lies,” she said. “This was the biggest election fraud in Britain in a hundred years.”

By the time her talk was over, the audience at TED was stunned. As much as they thought they knew about the link between Brexit and influence peddling on the web, the case was so so much more severe -- and the links between Brexit, and Cambridge Analytica so powerfully effective, the audience knew it was impossible  not to hold social media and dark money political ads responsible.

Cadwalladr told the audience, whom she described as “the gods of Silicon Valley,” that they were on the wrong side of history. And rather than be defensive, the audience took a long, hard look in the mirror.

"This technology that you have invented has been amazing -- but now it's a crime scene," Cadwalladr said. "And you have the evidence. And it is not enough to say that you will do better in the future, because to have any hope of stopping this from happening again, we have to know the truth.

"And so my question to you is: Is this what you want?” asked Cadwalladr. “Is this how you want history to remember you? As the handmaidens to authoritarianism that is on the rise all across the world?

“You set out to connect people -- and you are refusing to acknowledge that the same technology is now driving us apart.”

Her questions hung in the air, setting off a series of conversations among the gathered TEDsters that would last all week.

The next day Twitter CEO Jack Dorsey, one of the technology executives at the heart of the conversation, was on stage in Vancouver to answer questions about Twitter.

It started out pleasantly enough, but after Dorsey seemed unable to get the seriousness of the charges, the questioning turned sharp for the normally even-tempered Anderson.

“We’re on this great voyage with you on the Twittanic,” Anderson challenged Dorsey. “There are people in steerage who are saying, ‘We are worried about the iceberg ahead!’ And you say, ‘That is a good point’ and ‘Our boat hasn’t been built to handle it,’ and we’re waiting, and you are showing this extraordinary calm and we’re all worried but we’re outside saying, ‘Jack, turn the fucking wheel!’”

“Jack, can you actually dial up the urgency?" Anderson almost pleaded with Dorsey, who arrived unshaven, in a black hoodie and a knit cap pulled tight over his unkempt hair.

“We could do a bunch of superficial things to address what you’re talking about, but we need to go deep,” Dorsey said -- convincing no one in the auditorium of 2,000-plus technologists, astrophysicists, and entrepreneurs.

The role of tech in shaping -- or disassembling -- democratic institutions was the talk of TED thereafter. Anderson, who’d invited Facebook CEO Mark  Zuckerberg to respond to Cadwalladr’s talk, didn’t respond. And Dorsey, unlike most of the TED Talks speakers, arrived by helicopter and then was choppered away -- not even staying for the expected meet-up session after his talk.

The era of techno-Utopianism lives now under a dark cloud. The connections between the Mercer family and its Cambridge Analytica team, Russian election meddling, and the now-documented Mueller facts on Trump’s ongoing efforts to obscure investigations all hung in the air.

2019 will be known as the year TED asked hard questions of some of the leaders of the tech community. So far, those answers haven’t been forthcoming.