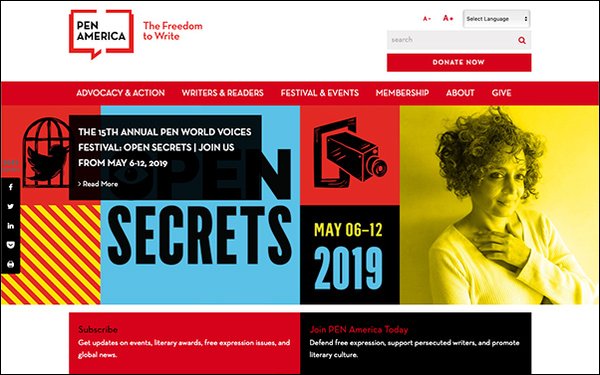 Washington Post journalist Dana Milbank, who has written about the White House for decades, disclosed this week that his press pass was revoked by the Trump administration.

“I was part of a mass purge of 'hard pass' holders after the White House implemented a new standard that designated as unqualified almost the entire White House press corps, including all seven of The Post's White House correspondents,” he said in a column.

Milbank added his colleagues were able to get their credentials restored after they were granted exemptions from the new standard. He was not granted that exemption.

“I strongly suspect it’s because I’m a Trump critic,” he wrote.

On Friday, the writer's organization PEN America, which is suing Trump for allegedly violating the First Amendment by retaliating against critics, pointed in court papers to Milbank's experience.

The refusal to restore Milbank's press pass is “an obvious First Amendment violation and an example of the President’s ongoing retaliatory conduct,” PEN America wrote.

The group makes the argument as part of a bid to continue with its lawsuit against Trump.

PEN America alleged in a complaint filed last October that Trump targeted Amazon, CNN, NBC and individual journalists, due to their critical coverage of him. The organization asked a federal judge to issue a declaratory judgment that Trump acted unconstitutionally, as well as an injunction prohibiting the federal government from retaliating against media organizations and journalists for their criticism of the White House.

Last month, the Justice Department asked U.S. District Court Judge Lorna Schofield in the Southern District of New York to throw out the lawsuit. The government argued the accusations were “too generalized” to warrant further proceedings, and that PEN America hasn't shown its members have been injured by Trump.

PEN America counters that its members have been harmed, arguing that Trump's threats “amount to an ongoing censorship-and-retaliation scheme that targets journalists and news organizations perceived as critical.”

The group notes in its new papers that Milbank is a member of the organization, as is CNN's Jim Acosta, who temporarily lost his credentials after a contentious press conference last November. (A federal judge later ordered the government to restore Acosta's credentials.)

“Plaintiff’s members who are journalists have been, and continue to be, injured by Defendant’s conduct toward their speech,” the group writes. “Defendant has inflicted multiple concrete injuries on journalists and media companies through press-pass suspensions and restrictions, security-clearance suspensions, merger interference, and directives to raise postal rates.”

PEN America's original complaint alleged that Trump repeatedly “called for action to punish the online retailer Amazon because Jeff Bezos, its chief shareholder and CEO, owns The Washington Post, whose accurate coverage of his Administration the President finds objectionable.”

The complaint also noted that Trump threatened NBC last year, following a news report about statements Trump made regarding nuclear weapons. “With all of the Fake News coming out of NBC and the Networks, at what point is it appropriate to challenge their License? Bad for country!” he tweeted.