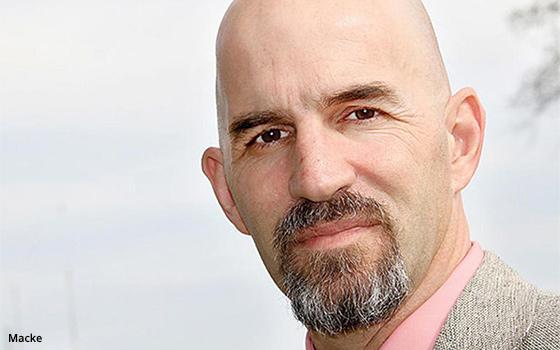 BH Media Group, which is owned by billionaire Warren Buffett’s Berkshire Hathaway, named Rich Macke as the publisher of the Star-Herald, Gering Courier and Hemingford Ledger, the newspapers said.

Macke is a California native with 34 years of experience in the newspaper business. He previously worked for newspapers in California, Texas and Oklahoma. His office will be in Scottsbluff, Nebraska.

While digital media has lured away readers and ad dollars from local newspapers, Macke still sees a role for them in communities.

“The local newspaper has the responsibility to be the watchdog of the community,” Macke said. “It helps to keep elected officials in check and citizens informed, especially on how their tax dollars are being spent.”

It’s encouraging to see local newspaper publishers recognize the role their publications play in local communities amid the onslaught of competition from digital media companies.

BH Media has cut jobs in the past year to cope with declining revenue. It and struck a deal with Lee Enterprises Inc., which owns papers including the St. Louis Post-Dispatch, to manage its newspapers and digital operations in 30 markets.

When asked about the newspaper industry last month, Buffett said most newspapers are “toast.”  He pointed to the role of online sites like Craigslist that have replaced publications for classified ads.

Other local newspapers are coping with declines by revamping their business models, even seeking nonprofit tax status.

The Salt Lake Tribune is seeking federal approval to become a nonprofit operation sustained by donations after years of heavy financial losses. Paul Huntsman, CEO of his family’s investment firm, Huntsman Family Investments, said his lawyers have talked to the IRS about changing Utah’s biggest newspaper from a privately owned business to a community asset.