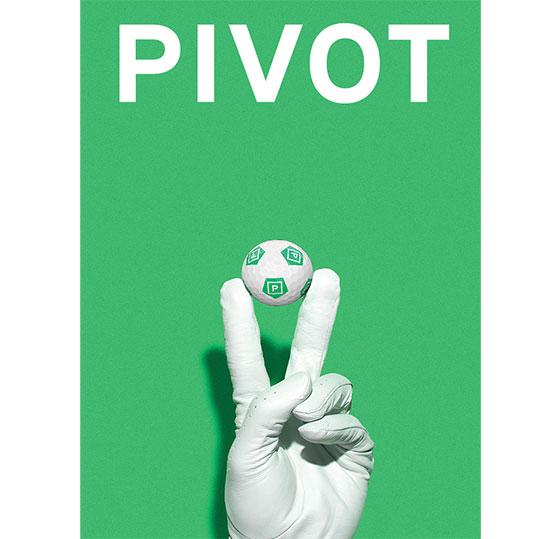 Golf retailer Callaway Golf has published a magazine called Pivot to share stories around the sport.

The 107-page magazine was inspired by a previous partnership with the Montauk-based lifestyle magazine Whalebone, which had an issue dedicated to golf published last summer.

“We worked very collaboratively with them. We were not just signing up to slap our logo on The Golf Issue,” Scott Goryl, director, marketing communications and content at Callaway, told Publishers Daily. “We wanted to integrate some of our own creative.”

For Pivot, Goryl said the team at Callaway “wanted to do something more on our own and build a new creative platform.” The company is calling Pivot an “unbranded magazine,” meaning it is not teeming with Callaway ads or a product created specifically with the goal to sell merchandise, he said.

Instead, there are only five magazine ads, including the back cover. All are from Callaway and integrated with editorial.

“It has its own branding and style guide — its own identity as a media property,” he explained. Pivot has "a lot of editorial that has nothing to do with Callaway, but about golf.”

Callaway has recently experimented with different formats of unbranded content, such as podcasts and more online properties, Goryl said.

The Whalebone team contributed to Pivot’s design, layout and some editorial, as its publishing partner.

The editorial in Pivot was created by “leveraging the Callaway network,” with stories on people like rapper Scarface and professional golfer Michelle Wie. It also contains golf tips, photography and illustrations.

Pivot is available to order online for $10. The magazine is also distributed at Topgolf (the chain of social-focused, golf game venues), as well as other golf clubs across the U.S., to be handed out to members and leagues. 30,000 copies of Pivot were printed.

Goryl noted the magazine was not created “to necessarily make revenue,” but instead to “get beyond our core audience. We can broaden that audience through an unbranded entity.”

He added Pivot is “the perfect format” to share the “really interesting people and stories and subcultures happening around the game of golf that are not necessarily being covered in a more traditional format,” like print.