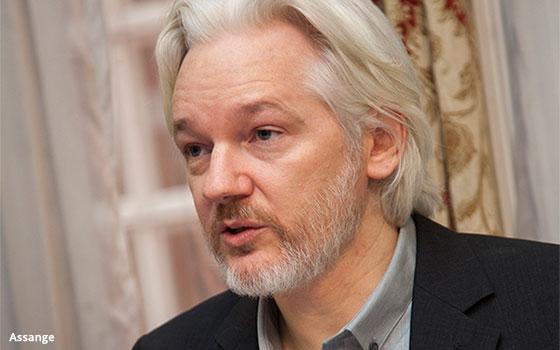 The U.S. filed 17 new charges yesterday against Julian Assange, the WikiLeaks founder now in British custody. He is accused of violating the Espionage Act by publishing classified documents, including names of confidential military and diplomatic sources.

The new charges immediately raised concerns about press freedom. Advocates fear they could set a dangerous precedent for journalists. The Reporters Committee for Freedom of the Press called the case a “dire threat” to media freedom.

Assange's lawyer, Barry Pollack, said Thursday the “unprecedented charges” against his client imperil “all journalists in their endeavor to inform the public about actions that have been taken by the U.S. government."

However, Assistant Attorney General John Demers, the Justice Department's top national-security official, countered: “Julian Assange is no journalist. No responsible actor, journalist or otherwise, would purposely publish the names of individuals he or she knew to be confidential human sources in war zones, exposing them to the gravest of dangers.”

Manning was convicted in military court for providing classified documents to WikiLeaks. She is currently in a northern Virginia jail on a civil contempt charge. Manning served seven years of a 35-year military sentence before President Obama commuted the sentence.

Federal authorities want Assange extradited to the U.S. to face charges. If convicted, he faces a maximum penalty of 10 years in prison for each of the new counts, according to the DOJ.