Dozens Of House Democrats Back Away From 'Save The Internet Act' 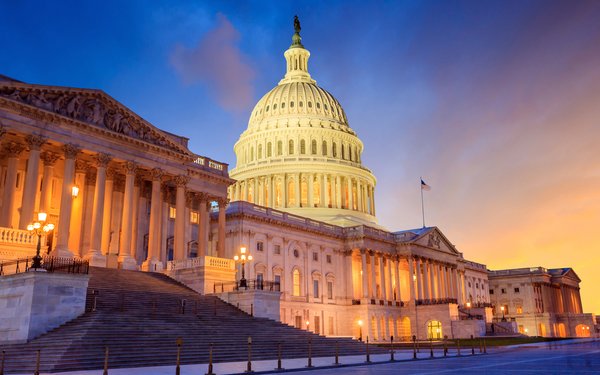 Forty-seven House Democrats who voted in April to restore the Obama-era net neutrality rules now appear to be backing away from the measure.

In a letter sent to House Speaker Nancy Pelosi (California) and other Democratic leaders, the 47 lawmakers say they want to “forge a bipartisan consensus” on net neutrality.

“In the spirit of passing bipartisan, bicameral legislation that can be signed into law, we are calling for the establishment of a bipartisan working group,” Reps. Josh Gottheimer (New Jersey), Scott Peters (California) and 45 others write.

The letter comes six weeks after the House voted 232-190 in favor of the Save the Internet Act, which would reinstate the sweeping 2015 net neutrality rules. In late 2017, the Republican-led FCC voted to repeal those rules.

The bill hasn't moved forward in the Senate, where Majority Leader Mitch McConnell (Kentucky) declared the legislation "dead on arrival.”

The former regulations banned providers from blocking or throttling traffic and from charging higher fees for prioritized delivery. Those rules also contained a "general conduct" standard that broadly prohibited broadband providers from unreasonably impeding the ability of consumers and content providers to reach each other.

The Obama-era net neutrality order also reclassified broadband as a “telecommunications” service, bringing it under Title II of the Communications Act -- a move that empowered the FCC to impose privacy rules on broadband carriers.

The 47 Democrats who signed the letter to House leaders didn't propose any specific compromises.

“Various models for legislation could achieve our goals of providing strong, enforceable net neutrality protections for consumers,” the letter says.

The initiative has drawn criticism from net neutrality advocates, who accuse the signatories of undermining the April vote to restore the former rules.

“The Save the Internet Act is very much a bipartisan solution, firmly aligned with calls from a vast majority of the public to restore net neutrality,” dozens of groups, including Electronic Frontier Foundation, Free Press Action and New America's Open Technology Institute Open write in a letter sent this week to House leaders. “Efforts by some Members to undermine the House's historic passage of the Save the Internet Act are counterproductive to your Caucus' priority of restoring strong net neutrality consumer protections.”