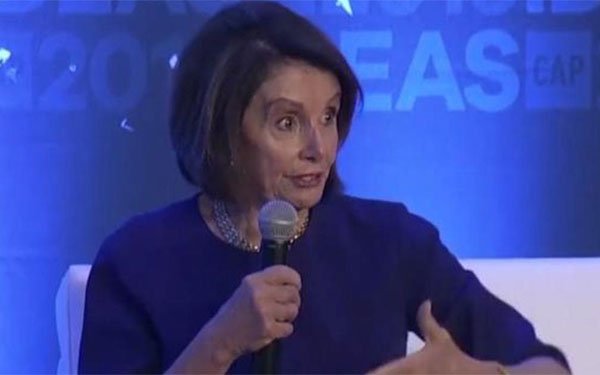 Finding itself at the center of a political storm, Facebook is refusing to take down a video manipulated to make House Speaker Nancy Pelosi appear impaired.

This week, the clearly doctored video has been trending on top social and video networks, some of which have decided to take action.

Further confusing matters, a spokesperson for the company toldPolitico: “We don’t have a policy that stipulates that the information [users] post on Facebook must be true.”

Due to the deceptive nature of the video, however, Facebook has pledged to fiddle with its algorithm so fewer users are exposed to the illusive fare.

The company also plans to accompany the video with notices from third-party fact checkers, which might make it clear to users that the video doesn’t reflect reality.

First reported by The Washington Post, the newspaper’s reporters determined the video of the House Speaker had been significantly slowed down to make her appear either drunk or ill.

For Facebook, the issue threatens to overshadow ongoing efforts to clean up its platform, including slowing the spread of fake news.

For every 10,000 times users viewed content, fewer than three views contained content that violated its policies for global terrorism, child nudity and sexual exploitation, according to Facebook.

Yet, Facebook remains awash in fake content. Earlier this week, the company estimated that 5% of monthly active accounts are fake.

In March, Facebook reported 2.38 billion monthly active users -- 5% of which is about 119 million.