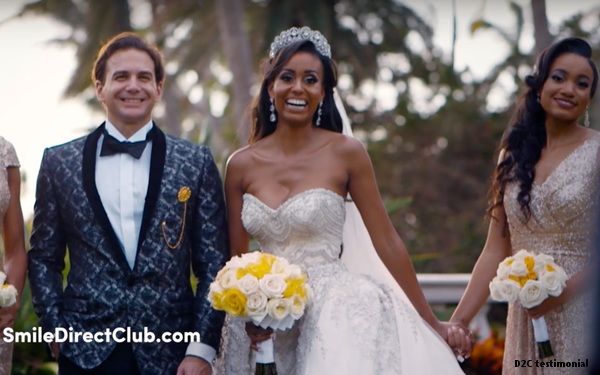 It’s not so surprising that D2C brands, especially the scrappy ones that defiantly carve out their digital niche, can spark almost a cult-like connection among fans. Consumers who love them can’t stop talking about their products. Who among us hasn’t been bored beyond belief by a disciple who can’t stop singing the praises of their latest Bonobos, Peloton or Everlane purchase?

Still, it’s a little surprising how deliberately these communities are built -- at least according to a new report analyzing D2C marketing trends from Yotpo, which sells integrated solutions for user-generated content, and works with such companies as Away Travel and Glossier.

User reviews, long a core component of websites, are increasingly becoming part of the marketing message “in billboards, radio and TV,” says Raj Nijjer, Yotpo's vice president of marketing. “We’re seeing this new wave of customer content in media. When consumers see someone like them -- really like them, with the same complexion, for example, or similar coloring -- they value it more. It creates social proof.”

“These companies are all cultivating community, looking to build something that has meaning,” he says. “Companies like Procter & Gamble or other CPG companies have become so subservient to their quarterly earnings and to maintaining ancient relationships with channels that they’ve lost their community.”

The Yotpo study finds that 73% of the more than 500 D2C brands it studied use customer reviews on their sites, and that small brands are best at integrating user-generated content, such as customer photos and customer videos.

Small brands adopt these community-building features, with 36% using customer photos, compared to 32% of the overall sample, and 43% including customer videos, versus 39% for the average. Mid-size brands also do better than the average, while larger brands remain relatively underinvested in this trend.

And despite all the talk about companies leaving Facebook for Amazon, the report suggests otherwise, with 52% of respondents increasing their spending on Facebook ads, compared to 18% investing more in Amazon ads.

In terms of marketing goals, building ecommerce sales is a major priority, named by 60% of respondents, followed by customer acquisition, 54%, and conversion rates, 53%. But size matters, with small brands (less than $5 million in revenue) most determined to increase revenues, and most likely to advertise via Instagram.

Medium brands ($5 million to $100 million) are looking to add customers as well as sales. And while they, too, are big on social-media advertising, they are most likely to say they are increasing their spending with Google.

Among the largest, the $100 million-plus companies, the biggest focus is on conversion rates. They see social media as a lesser acquisition channel, compared to SEO and direct traffic. Still, Facebook dominates as the largest investment.

“This is the story of how marketing is growing up at these D2C brands, from the terrible twos to college grads. They get bigger, they acquire traffic, they build brand awareness, and then they look to optimize that,” he tells Marketing Daily. “They behave differently as they grow.”