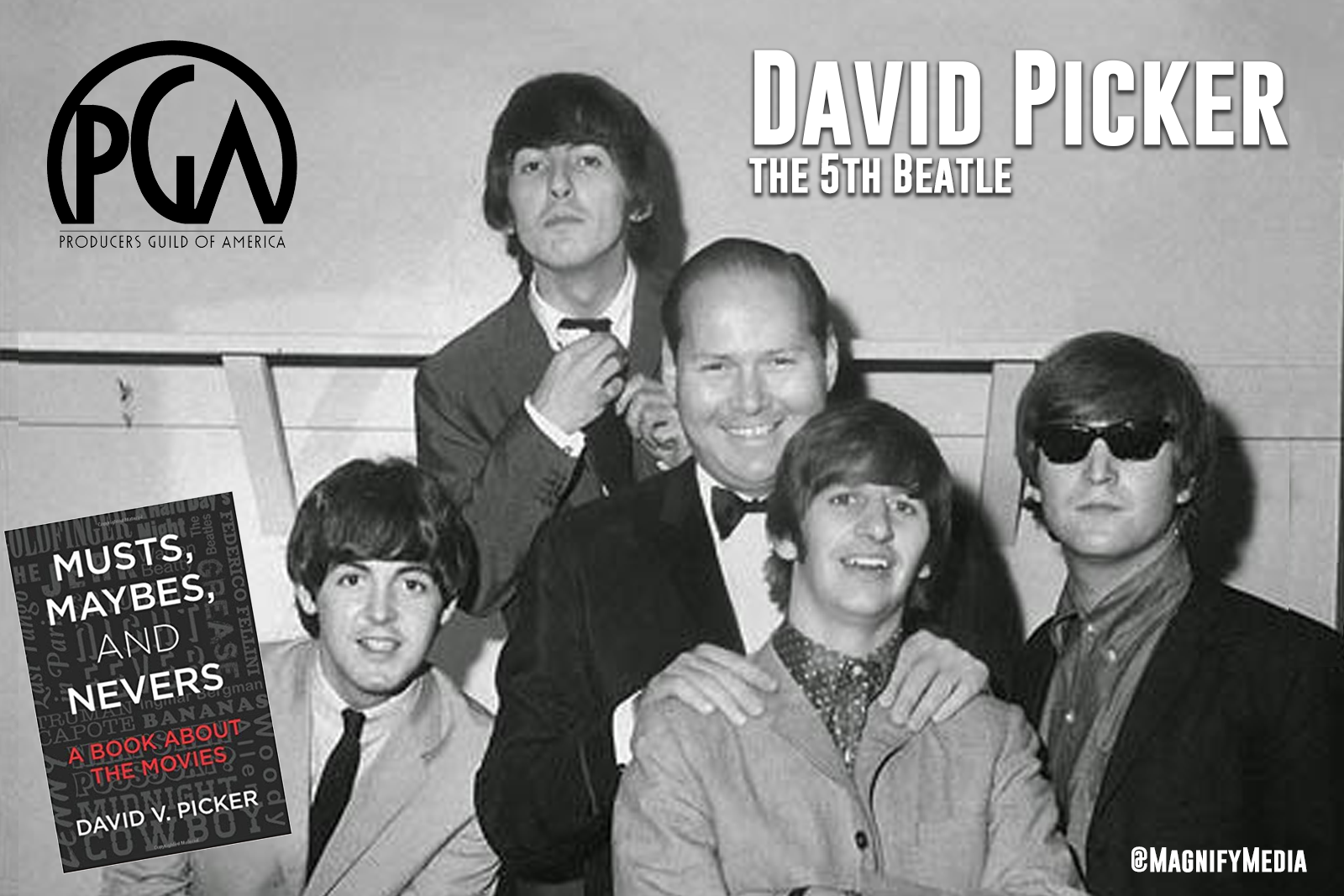 If you’ve ever wondered what a movie producer actually does, take a moment and travel through the extraordinary life of David Picker, who died in April at the age of 87.

In 2004, I was one of the founders of the fledgling East Coast outpost of the powerful Hollywood-based Producers Guild of America. The movie business had always been a West Coast affair, but a growing number of our PGA members were now based in New York -- and after two years, we were ready for an East Coast chairman.

It was then I met and became friends with the extraordinary David Picker. If you’re not in the movie business, Picker isn’t a household name. He wasn’t an actor or a director, but was  content to be one of the most powerful and prolific producers working inside the movie business.

Among many others, he greenlit Tony Richardson's “Tom Jones”;  the Beatles’ “A Hard Day's Night,” “Help!” and “Yellow Submarine”; the James Bond movie “Dr. No”; “Midnight Cowboy”; among other Woody Allen films, “Bananas" and “Annie Hall”; “Grease”; Bob Fosse’s “Lenny”; and the Robert Redford-helmed “Ordinary People.”

David headed up United Artists, Paramount and Columbia. What made him remarkable was his love for the art of movie-making, and his unabiding respect for the creative people who did that job.

He was also a true New Yorker.  At his memorial at the Directors Guild this week, participants told passionate and emotional stories about his love of the city, of Times Square, of his home at 101 Central Park West, and his family’s connections to New York institutions. Hollywood might be where the movie business was based, but Central Park was David's back yard.

He was born into the movie business -- literally. His grandfather ran a small chain of theaters that was sold to Loews. His father, Eugene Picker, got a job booking the movies that played in those theaters. The young David had a free pass to see any movie playing on a Loews screen, so he became a student of film at an early age. His uncle Arnold Picker was a partner at United Artists, where David got a job in the advertising and publicity department. While it would be easy to see this as an act of nepotism, his ability to spot talent, nurture projects, and produce hit movies clearly silenced any early critics.

When we asked him to take on the role of chair of PGA East, explaining what a producer did was one of the challenges of the guild. In many ways, David was the perfect chairman because his career epitomized the role and its importance.

Producers are responsible for two things: development and financing. It’s up to the producer to find and discover a story and a storyteller, often putting together a script, a director, and lead actors to make financing possible. It’s a job that requires endless optimism, relentless conviction, and charm -- all of which David had in spades.

The job doesn’t stop there. Keeping the production on time and budget are critical, and distribution strategies are often part of the producer’s remit.

Financing is the next challenge. Producers pitch to find the money. Either that’s pitching a studio, or pitching their boss if they’re based inside a studio. But financing is hard, and movies are never a sure bet -- a tricky mix of moxie and magical creative results. Even David had his share of flops. “Ishtar" is on his resume, even though it was green-lit before his arrival at the studio.

David Picker was the epitome of a producer.

He loved movies.
He loved talent.
He loved storytelling.

And he loved the complicated, often messy, always human effort of putting them together.

As the movie business changes and the nature of the challenge to tell stories to a fickle and increasingly mobile audience evolves, David’s filmography serves as a pointed reminder of just how long-lasting passionate filmmaking can be.

I think I’m going to have a David Picker film festival this weekend. Not sure if I’ll start with “Sleeper,” “Midnight Cowboy” or “Being There.” So many memorable stories to choose from.

It all comes down to a story that needs to be told. David Picker knew that far better than most.

movies
1 comment about "David Picker: The 5th Beatle".
Check to receive email when comments are posted.
Next story loading