An overwhelming majority of Americans say political discourse has gotten to be a little too much for them and most of them attribute it to, well, you know who (see chart above), according to findings of a new Pew Research Center study released this morning.

The study is interesting, because it goes beyond the obvious issues like negativity, division and polarization by focusing on the degree of stress it is causing many Americans, and the fact that they believe it is being caused by the behavior of their political leaders, especially Individual 1, er, I mean, the President. 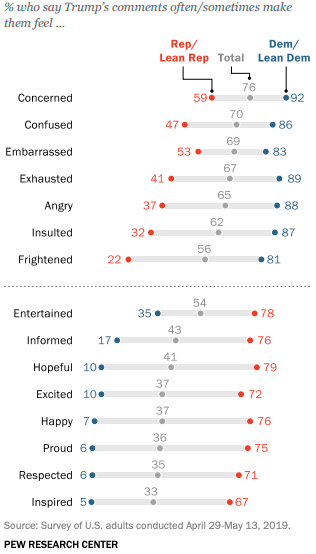 1 comment about "Americans Feel Political Discourse Has Grown Toxic, Attribute It To POTUS".
Check to receive email when comments are posted.
Next story loading