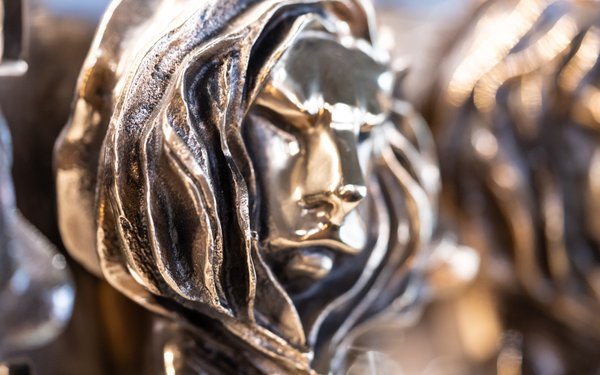 CANNES, FRANCE--We turned down the lights, grabbed some soft drinks and snacks, and settled in to watch a 90-minute, star-studded summer comedy.

A typical Saturday night movie date? More like another day at the office—or, more accurately, another day in a windowless conference room—for the 16 fine folks who made up the Entertainment jury at this year’s Cannes Lions.

The film was Pepsi’s “Uncle Drew,” which would go on to win a Silver Lion. We saved the screening of the Nike-focused documentary “Unbanned” for after lunch and I caught up with Johnson & Johnson’s AIDS doc “5B” the next morning.

The somewhat guilty pleasure of watching movies on a workday is part of what makes judging the Entertainment awards so rewarding . . . and challenging. In some jury rooms, work is judged mainly after watching two-minute case studies or 30-second spots. In our category, the only way to judge the quality of a 50-minute film is to view 50 minutes of film.

It wasn’t all champagne and caviar (or popcorn and Perrier). Watching Kyrie Irving and Shaq trade jokes and shoot baskets can be fun, but we spent five lengthy days in that windowless room consuming 700 pieces of content from 49 countries.

We wrestled that down to a shortlist of about 100, quickly pared to 70. Then came the hard yet rewarding part: endless rounds of discussion, debate and voting to get to the 27 entries that would be awarded Lions, and finally to the four Golds from which we elevated one Grand Prix winner (spoiler alert: “5B”).

This was my third time judging at Cannes, and second stint as a jury president. On the first-ever Entertainment jury at Cannes in 2012 we saw our role as not only defining what great looked like in this category—that year it looked a lot like Chipotle’s “Back to the Start”—but defining the category itself.

This time we wanted not just to reward the folks behind the best brand-funded entertainment, but to signal the kinds of things we want to see more of. As one of my jurors noted, “We need clients to know that any brand can tell brave stories.”

“5B” is a shining example of that. The film recounts the story of the nurses who built and ran the nation’s first dedicated AIDS ward, in San Francisco in 1983. It’s a documentary people would pay to see, and will. It was acquired by Verizon Media and will be screened in theaters before its release on digital platforms.

“5B” is heart-wrenching, inspirational and deeply human. It also connects directly to J&J’s mission of caring for people and celebrating nurses, not as doctor’s assistants but as frontline medical professionals and compassionate caregivers. We need more stories like this in the world.

The J&J win underscores the trend of brands taking a stand and telling stories that reflect their values and purpose, as does Nike’s “Dream Crazy,” which won awards from multiple Cannes juries, and Libresse’s wondrous “Viva La Vulva.”

At heart, our jury looked for work that was worthy of both a person’s time and a brand’s investment. Stories and experiences that made people laugh, cry or care. We also looked to reward things that were sustainable rather than one-off stunts.

Well, unless those stunts were just flat-out brilliant, as was the case with Wendy’s “Keeping Fortnite Fresh.” The fast-feeder parachuted a red-pigtailed character into that popular video game with one mission: destroy all the meat freezers in Fortnite’s universe. Because “Wendy’s doesn’t do frozen beef.”

That gem won a Gold in our category, and later picked up a Grand Prix from the Social & Influencers jury.

Wendy’s was a great example of innovation, as was HBO’s intricate voice-based Alexa game for “Westworld.” Still, we were underwhelmed by an overall lack in innovation through emerging platforms such as AR, VR, AI and voice. If there’s one thing I’d hope for next year’s Entertainment jury, it’s that they see more work that shines a light on how brands use new technologies to transform how they share stories and craft experiences.

If I can be granted a second wish for the 2020 jury, it’s that their experience is as enriching, enlightening and, yes, entertaining as ours was. It’s not often we get to escape calls, emails and meetings for five days to focus exclusively on creativity.

That in the end is a luxury greater even than morning movie screenings.