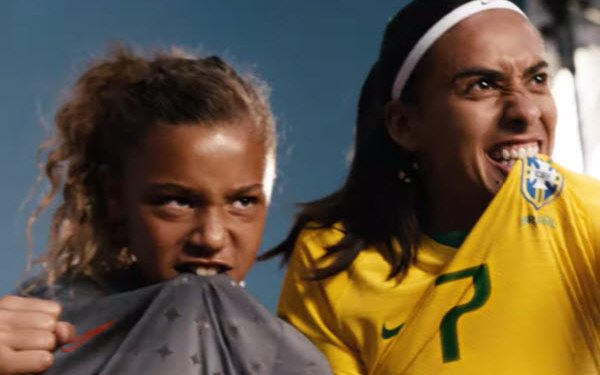 Citing the power of its marketing programs and digital offerings, Nike posted strong fourth-quarter sales gains, especially in North America and China. While its earnings came in a bit below expectations, some analysts say the healthy results are evidence that its “Dreaming crazier” strategy will lead to further growth.

The performance wraps up what Mark Parker, chairman-president-CEO, called a “pivotal year,” in remarks prepared for the company’s earnings conference call. “The Nike brand rose above and connected emotionally with consumers on another level,” he states. “We broke through with a number of “Just Do It” campaigns that celebrated our athletes’ “Dreams.”

The company says “Just Do It” generated an “unprecedented” 1.5 billion consumer engagements around the world in the fiscal year, with Google search volume for the words “Nike” and “Just Do It” increasing more than 100%.

For the quarter, expanded brand campaigns drove demand-creating spending up 3%, compared to the comparable period in the prior year.

Parker also says the Beaverton Ore.-based company continues to reap big rewards with its Nike App, with triple-digit revenue growth for the quarter. The company is gearing up to launch it in China and 13 other markets. Linking digital sales to its physical retail stores is a key component of its strategy, and the Nike App is live in more than 30 stores in the U.S., U.K. and Canada.

Christopher Svezia, an analyst who follows the company for Wedbush Securities, reiterated his “outperform” ranking after the new earnings report came out. Nike “demonstrated once again the strength of the brand's innovative merchandise, digital platform and intense consumer connection,” he writes in his report.

Svezia says the company continues to outperform its competitors, with “on-trend merchandise, consumer gains and innovation.” The Nike Fit app, a digital tool for finding the best fit, may “reinvent footwear as the world knows it.”