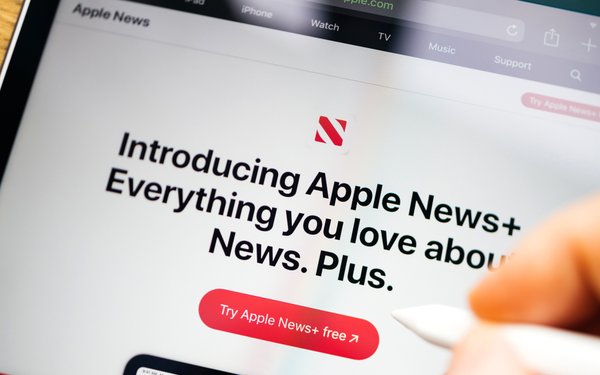 Apple is changing Apple News+, its digital newsstand, after an underwhelming start that isn’t putting a lot of money into the pockets of magazine and newspaper publishers, Business Insiderreported.

A publishing executive said Apple had estimated magazines would see 10 times as much revenue as they did from Texture, the “Netflix for magazines” that Apple bought last year as the basis for Apple News+. "It's one-twentieth of what they said," the executive said. "It isn't coming true."

Other publishers said subscription revenue was about equal to or less than what they generated on Texture, which reportedly had about 200,000 subscribers.

It wasn’t supposed to be this way for Apple News+ or for publishers.

When the iPhone maker introduced the service with great fanfare in March, the idea of reaching 1.4 billion Apple devices worldwide was a tantalizing possibility. Unlike Apple News, which collects free-to-read stories from a variety of publishers, Apple News+ charges $10 a month for access to more than 300 publications.

Apple executives are currently on a “listening tour” to gather commentary from publishers and gain insights on possible updates, Business Insider reported.

Apple News readers are confused about the difference between free content and paid articles, its executives acknowledged in meetings with publishers.

As a subscriber to Apple News+, I appreciate having access to a wider group of titles, including some technology and design publications I hadn’t seen before. However, time constraints mean I’m back to my old habits of reading stories collected by Google Alerts.

In that respect, I wish Apple News+ offered more ways to discover the content inside magazines. Apple News includes a mix of handpicked stories from editors and recommended stories based on my readership history.

That artificial-intelligence technology may save some time, but it also has limitations — such as showing readers a blindered view of their world, based on a narrow browsing history.