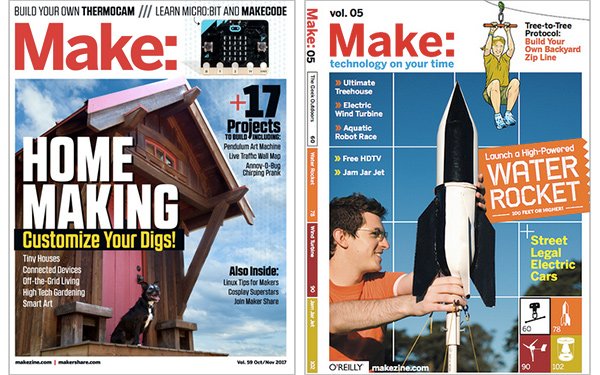 On June 3, Maker Media, which produces Make, a DIY magazine, and a science-art festival Maker Faire, went bankrupt. The company halted operations and laid off all 22 employees.

Maker Media is taking steps to stage a smaller comeback.

CEO Dale Dougherty has bought back the brands, domains and content from creditors. And he’s rehired 15 staffers. The relaunched company will be called Make Community. TechCrunch first reported the news.

The new plan is a membership model, which will be revealed next week at Make.co. Hobbyists can pay a monthly or annual fee to become part of the Make Community.

The bimonthly Make now hopes to become a quarterly. The next issue will publish at summer's end or early fall. Its 80,000 subscribers will receive the issue in the mail, says TC.

Make focuses on electronics, metalwork, woodworking and other crafts. Online archives of its DIY project guides will remain available.

The magazine launched its first annual event, called Maker Faire, in 2006. By 2017, it had grown to 240 Maker Faires planned worldwide. At present, Dougherty does not have the funds to produce New York and San Francisco Faires.

It’s unclear if Maker Media will operate as a nonprofit or a co-op versus a venture-backed for-profit enterprise. Previously, the company received $10 million in venture funding from Obvious Ventures, Raine Ventures and Floodgate.