Sweet Home Chicago? Not On TV, It Isn't 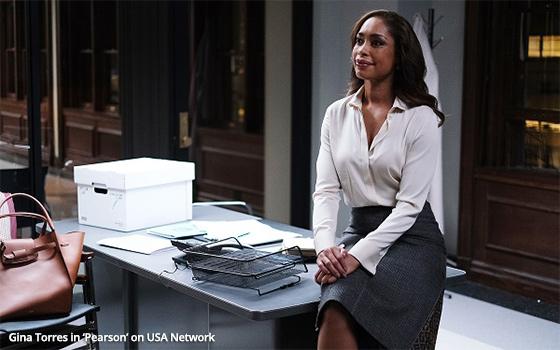 The basic plot outline felt so familiar that I went back to the TV Blog archives of recent reviews and columns to see if I had come across this story before.

What I learned was that while the details might be different, the gist of “Pearson,” USA Network's new drama about Chicago, bears similarities to other recent dramas made in the Windy City.

One of them was “Proven Innocent,” which came and went on Fox in the second half of the recently concluded 2018-19 season. In this one, Kelsey Grammer was the embodiment of big-city corruption and power in his role as Chicago’s blustery and ambitious district attorney. To further drive the point home, his character’s name was Bellows.

Another recent made-in-Chicago show was the CBS “limited” series called “The Red Line,” which also came and went quickly. This one concerned itself with the fatal police shooting of an African-American doctor wearing a hoodie who Chicago cops mistook for a perp holding up a convenience store.

And of course, there are the three Chicago shows that producer Dick Wolf makes for NBC -- “Chicago P.D.,” “Chicago Fire” and “Chicago Med.” Add the Showtime series “The Chi” to the mix and you have a gaggle of TV shows coming and going these days that position Chicago as ground zero for TV dramas about big city violence and political corruption.

“Pearson” concerns itself with the character of Jessica Pearson, the tough, no-nonsense, take-no-prisoners attorney played by Gina Torres in USA Network’s “Suits” who here gets her very own spinoff show.

“Pearson” premieres Wednesday night at 10 Eastern, following the season premiere of “Suits” at 9 p.m. For “Suits,” this new season will be the last.

In “Pearson,” Jessica has relocated to Chicago to take up a job as a special assistant to the mayor of Chicago, one Bobby Novak. This show tries so hard to reflect the real life of Chicago that the actor who plays Mayor Novak -- Morgan Spector -- bears an uncanny physical resemblance to former Chicago Mayor Rahm Emanuel.

Not too surprisingly, Mayor Novak is a scheming schemer with far too many balls in the air. He is arrogant, corrupt and unfaithful to his wife. In his dealings with underlings, he bullies and cajoles them, while also playing one against the other.

In this show, as in so many prime-time dramas -- whether or not they are located in Chicago -- everyone has a secret that at least one other person knows about and holds over them. This is how power is applied in this fictional Chicago.

This show, like so many others, seems to be saying that this is the way of the political world everywhere generally. But you also get the impression watching “Pearson” and other shows like it that the writers and producers really have no idea how politics works in the real world.

Among other things, it is noted several times in the series premiere of “Pearson” that the title character was disbarred in New York (presumably in “Suits”) for her unethical (if not unlawful) behavior as an attorney. Under the circumstances, how she then came to be employed in a high-profile role in the office of the Chicago mayor is not adequately explained.

Despite its air of almost total unreality, “Pearson” works reasonably well because of the strength of the Pearson character as portrayed by Torres. In some ways, she is the stereotypical strong, “fierce” woman character of TV today. But she also happens to be fiercer than most of them.

The character -- and by extension, presumably, Torres herself -- is so charismatic that it is not difficult to see why she was plucked from “Suits” to headline her own show.