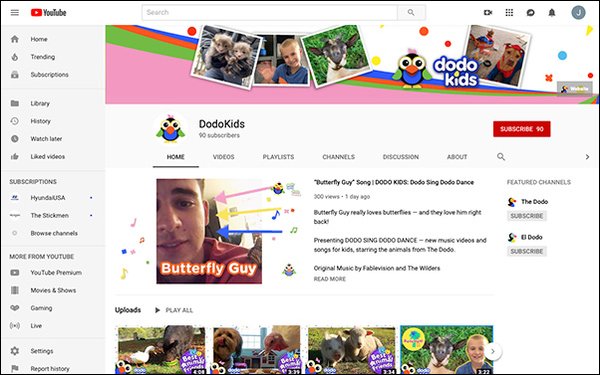 The division will produce kid-friendly programming, starting with three video series on a new, dedicated YouTube channel and shared across social platforms.

“Dodo Kids is really filling a whitespace on YouTube as a brand-safe destination with premium video content that advertisers can safely buy direct on Dodo Kids' series versus buying programmatically with the platform and not knowing where their ads will end up,” a spokesperson told Publishers Daily.

Paramount Pictures is the launch partner for the vertical.

The company will work with The Dodo to build a custom video series to promote Paramount's upcoming summer film, "Dora and the Lost City of Gold."

The two-part series is called "Adventure Pals" and features two “kid-animal duos.” The series will have three different versions adapted for kids, parents of young children and Spanish-speakers.

The Dodo will also build custom pre-roll video ads to promote the film, starring Isabela Moner, who plays Dora in “Dora and the Lost City of Gold.”