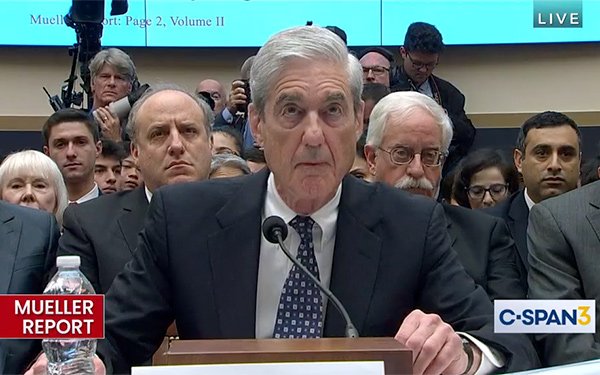 The congressional testimony of Robert Mueller, the special counsel in the Department of Justice, on Wednesday pulled in a collective Nielsen preliminary measure of 13 million viewers from six networks.

This was below other recent high-profile Washington D.C. testimonies -- most regarding Russian interference and overall presidential obstruction of justice concerns.

Mueller said the report did not clear the president of possible obstruction of justice.

According to Tunity Analytics, out-of-home viewing such as in restaurants, bars, gyms and offices for the full seven-hour testimony averaged 6.8 million viewers.

The first portion of Mueller’s testimony (8 a.m. to 12 p.m.), before the House Judiciary Committee, averaged 3.8 million.