Does Your Business Support Guns? 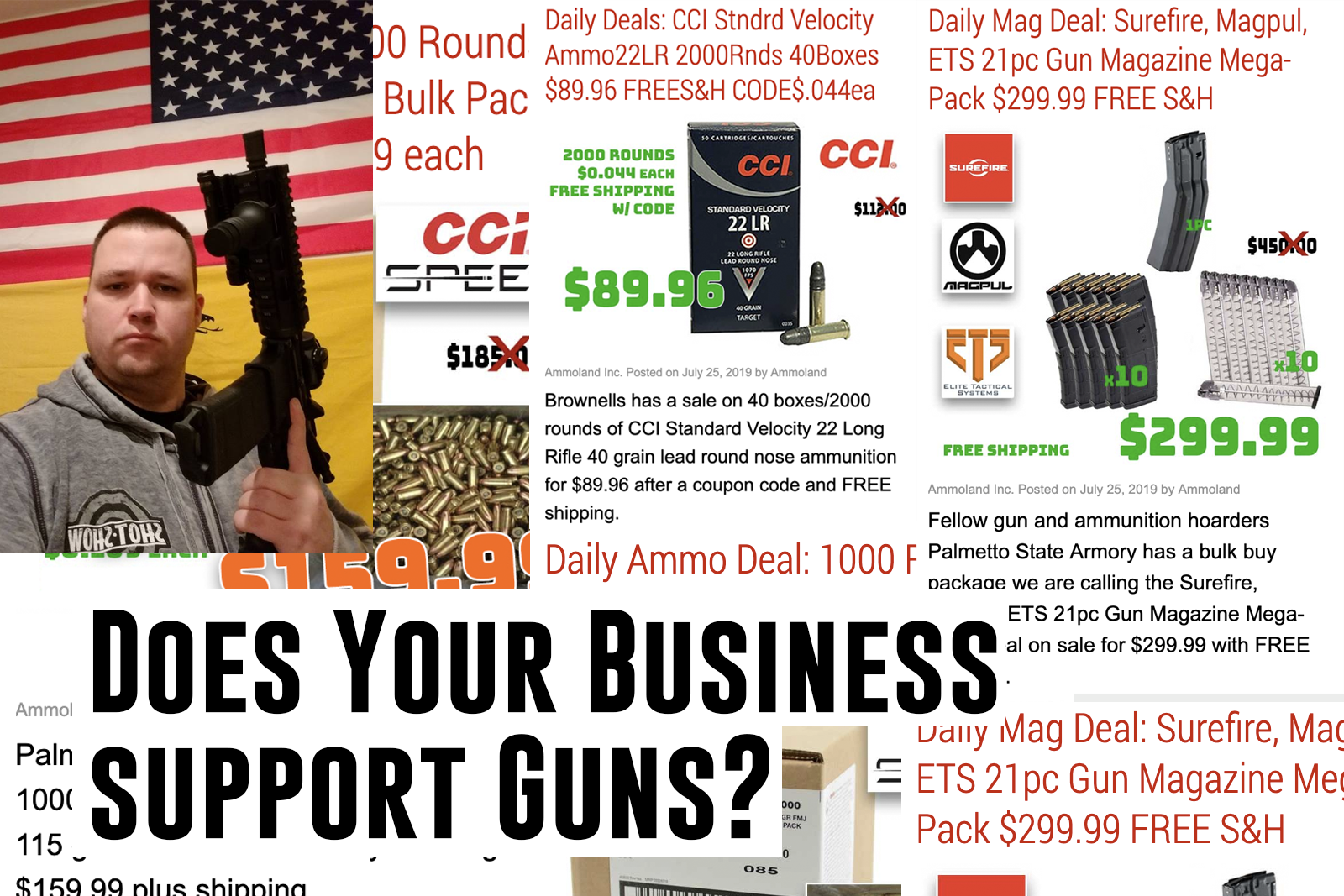 In October 2017,  I found myself facing the news that there was an "active shooter" in Las Vegas.

The next morning the sheer scale of the devastation was known. Stephen Paddock had opened fire on a crowd of concertgoers at the Harvest music festival on the Strip in Las Vegas. He killed 58 people and wounded 851.

I asked myself then: What have I done to allow this uniquely American carnage to go unchecked?

That day, I wrote a very personal piece that I published on Media Insider. "Did I Sell Ammunition To The Vegas Shooter?” was the question I had to answer. Here’s a slightly revised version of what I wrote then: "My sense of dread came from a day four years earlier when I was leading sales at our video curation startup. At our weekly sales meeting, we circulated the list of new customers. One name stood out: Ammoland. ‘It’s a site for sports hunters,’ the sales rep explained when I questioned the sale. We moved on. Ammoland paid us modest fees -- a few hundred dollars a month -- to give it the tools to find, embed, and upload video to its site.”

So I had to wonder: Did our providing technology to Ammoland make us complicit?

Within a day of the piece's publication, Ammoland’s John Crump posted an attack on me, digging into my social media, my editorial work, and trying to impugn my honestly and integrity.

It was an abrupt reminder of why so many people stay silent when the issue of how to engage with gun violence comes up: because to speak out is to make yourself a target of hateful, poisonous rage. AmmoLand claimed that I had reported incorrectly that it sells ammunition. So, in writing this post, I returned to recheck those facts. I think the images from its site (seen above) answer the question clearly.

So, what can you do to stem the tide of violence?

YouTube is taking  a good step, removing gun channels from its Partner Program. And it recently updated its policies on content featuring firearms. According to the updated restrictions, the site no longer allows content that “intends to sell firearms or certain firearms accessories through direct sales...or links to sites that sell these items.”

AmmoLand's one of the YouTube channels that has been demonetized. Crump blasted YouTube in a post on Ammoland, claiming as he did in his attacks on me that he doesn’t sell anything.

And YouTube is not alone. Facebook tightened its policies on gun-related advertising as well. Facebook has banned the sale of firearms and ammunition on the platform since 2014, but moved last summer to broaden that limitation. "Unlike posts from friends or Pages, ads receive paid distribution. This means we have an even higher standard for what is allowed and why we have chosen to limit weapons accessories to an adults only audience," Facebook said in a blog post.

And late Sunday night internet infrastructure company Cloudflare pulled the plug on 8chan, the site used by murderers in El Paso, Christchurch, and the synagogue shooting in Poway, California. Voting with their technology.

So what can you do to support sensible gun control? Everytown.org and the Brady Campaign can use your support. But also look at your actions, your portfolio, the subtle ways you facilitate the amplification of hateful rhetoric.. At the grassroots, we can all stand up for change and make Walmarts, music festivals, movie theaters, and schools safe for our families and our children.