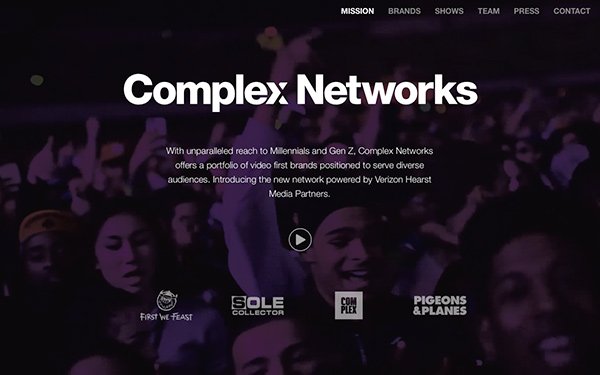 Jonathan Hunt will serve as executive vice president of marketing and audience development. Katina Lee is the new head of branded content. David Weinstein will take on the role of vice president of production.

"Over the past several years, our business has experienced incredible growth across a variety of areas, with less than half of our 2018 revenues coming from advertising,” Christian Baesler, president of Complex Networks, told Publishers Daily.

Adding these senior executives “in key functions is a critical step” for the company’s development of products and experiences for consumers and partners, Baesler noted.

Hunt will lead brand and consumer marketing, PR, business intelligence and paid media teams in the new role. He will focus on “scaling business and consumer awareness, engagement with Complex Networks' brands, IP, sales projects and other big corporate priorities,” according to the company.

Hunt was previously senior vice president of digital strategy and audience development for National Geographic Partners. Hunt has also led marketing for Vox Media and Vice Media. He will report to Baesler.

As head of branded content, Lee will “conceive and design original and first-to-market campaigns that align with Complex's diverse audiences and brands’ initiatives,” according to the company.

Lee previously worked at ONE X Studios, Alloy Media & Marketing, VIBE and Essence. She will report to CRO Edgar Hernandez.

Complex Network's CEO-founder Rich Antoniello said: "While others are cutting and/or struggling, we find it both smart and opportunistic to strategically fund our business. This is a great opportunity to expand upon our competitive advantage."

Complex Media Inc. is a joint venture of Verizon and Hearst. The company oversees lifestyle and pop-culture brand Complex, as well as digital channels First We Feast, Pigeons & Planes and Sole Collector, and annual event ComplexCon.