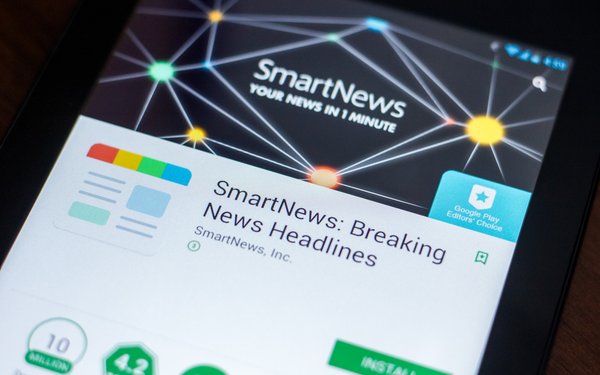 During the dot-com bubble of the 1990s, it was routine to see web startups attain billion-dollar valuations while reporting steep losses and an unclear path to profitability.

I was reminded of that era while reading a story last week about the $1.1 billion valuation for SmartNews, a news aggregation app with 20 million users worldwide.

A recently closed funding round of $28 million conferred “unicorn” status on the startup.

For some perspective, Gannett Co. also has a market value of $1.1 billion, although a merger announced this month gives the newspaper publisher a value of $1.38 billion. Gannett employees about 17,000 people worldwide and publishes more than 100 daily newspapers in the United States.

But employing people to report news is expensive and unprofitable, especially among local newspapers.

The valuation for SmartNews suggests that using algorithms to pull together the editorial work of other publications is equivalent to the collective effort of Gannett’s work force — at least in the minds of investors.

At some point, SmartNews will have to turn a hefty profit to justify the lofty valuation. It faces competition from other news aggregators, like Apple News, which is preinstalled on every Apple device, and Google News, which the search giant overhauled last year.

Facebook is also said to be licensing content for a news hub that aims to keep people hooked to its social network.

During the dot-com era, news startups like TheStreet.com boasted billion-dollar valuations that made millionaires out of journalists – imagine that. The company was sold last week for $16.5 million.

While the market may disagree with me, I still see more value in creating original content than in compiling the work of others in one website or app. That's not to say I subscribe to some labor theory of value, but I believe media organizations have the power to add more value by creating quality content than by distributing it.