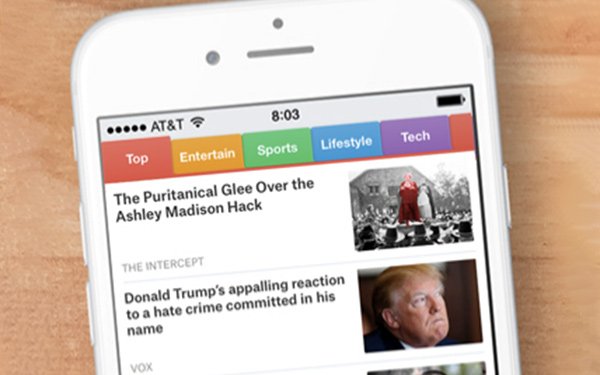 With the latest funding round of $28 million, Japanese news discovery app SmartNews is now valued at $1.1 billion, making it one of the few news start-ups to achieve “unicorn” status, or a valuation of over $1 billion.

The investment will go toward hiring more engineers for technology development and international expansion.

The company had 10 million monthly active users of its app last July. It has now doubled that number to 20 million users in the U.S. and Japan.

SmartNews claims it has increased its U.S. user base 500% in the past year.

SmartNews is the largest news aggregation service in Japan. "We are very pleased with our strong progress in the United States," stated Ken Suzuki, cofounder-CEO of SmartNews.

Bloomberg reports that SmartNews is the first unicorn news start-up since 2015, when BuzzFeed and Vox Media Inc. hit the mark.

In the U.S., the free app drives more traffic to publishers than Apple News, according to traffic analytics platform Parse.ly.

SmartNews does not require a login when using the app. Instead of focusing on personalizing news discovery — a route many publishers and apps take — SmartNews focuses on surfacing popular content, determined by how engaging an article is to other readers.

SmartNews then sends readers to the original article on a publisher’s website. It works with about 400 U.S.-based publishers.

The company, founded in 2012, makes the majority of its revenue from advertising within the app.