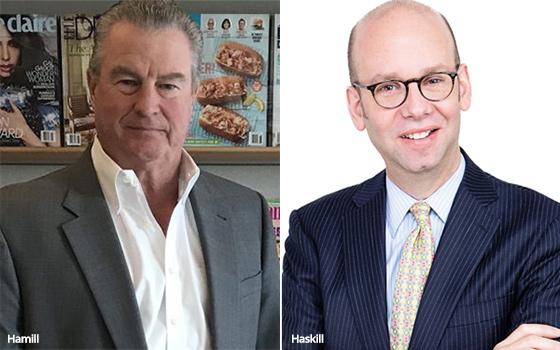 The newly announced promotions and positions are part of a succession plan following Clinton’s departure from the company. It's also part of Hearst Magazines’ dedication to its Media Solutions group, which provides multiplatform and multi-brand client solutions.

Clinton recently retired after spending over two decades with the company, with nine spent as Hearst Magazines president, marketing and publishing director. He now serves as a senior media advisor for Hearst.

“This new approach simplifies the process for advertisers and agencies, providing innovative solutions, first-to-market ad products and a seamless ad-buying experience across all of our brands and platforms,” he added.

The new leadership roles provide a glimpse at the future of Hearst Magazines as it continues its digital transformation.

In his new role, Hamill will have oversight of all corporate contract negotiations, pricing strategy and agency partnerships.

Haskell has served as senior vice president-chief revenue officer of Hearst Magazines since 2013, a role in which he drove digital sales revenue growth.

Finally, Tom Kirwan has been promoted to vice president-chief revenue officer of Hearst Media Solutions. At the recently integrated corporate group, Kirwan will be responsible for corporate revenue across all platforms for the company’s portfolio of brands, which number more than 25. He will work in partnership with Hamill.

Prior to this promotion, Kirwan served as vice president of national sales since 2013.

Hamill, Haskell and Kirwan will begin their new appointments Tuesday, September 3 and will report to the company’s new chief business officer. Hearst currently has a search underway to fill that position.