Amid Rise Of Plant-Based Meats, Chicken Still Rules The Roost 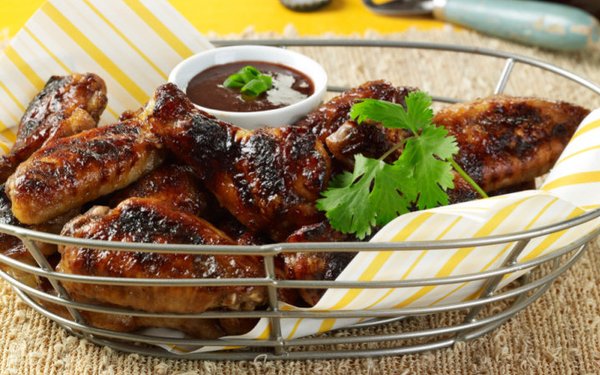 If you were cooped up in the office and couldn’t make it to the 2019 Chicken Marketing Summit in Charleston, South Carolina, rest assured: Chicken is still America’s favorite meat. Still, while the bird remains atop the pecking order, consumers are increasingly leaning into plant-based meats for such attributes as safety and ease of preparation

Research shared at the event shed light on what attributes drive increased consumption for chicken. An online survey of 780 consumers was done in early July by research provider IRI in partnership with the National Chicken Council and WATT Global Media.

Buyers were asked about attributes in eight categories: taste, health, versatility, family appeal, value for price, natural/organic/absence of negative (hormones, antibiotics), sustainability and convenience. Buyers of chicken choose it for seven of these attributes, but not sustainability.

In other NCC research,  49% of survey respondents indicated a willingness to eat more chicken “if they learned it is more sustainable than other meats or meat substitutes,” says NCC spokesman Tom Super, “which shows that most people aren’t familiar with chicken’s sustainability story.”

Overall, while all meat buyers are driven by taste, it’s less important for plant-based consumers.

IRI’s Chris Dubois says that when it comes to plant-based meat, “It’s meat and these products, not or,” based on data that grocery trips where meat substitutes are purchased are four times more likely to include meat as well.

Among the survey respondents who do not currently consume plant-based protein, chicken buyers are most open to consuming this type of protein in the future. Less than 2% of chicken consumers intend to consume less chicken in the next six months.

Among the eight meat categories that have driven the most growth in meat sales of late, four involve chicken: stir fry/kabob/fajita cuts, ground chicken, chicken thighs and wings.
Among the other four categories, two are beef related, one is turkey and the other pork.

At 94 pounds per capita, chicken consumption in the United States is nearly twice that of beef and pork, according to the National Chicken Council. Chicken outpaced pork in 1984 and surpassed beef as America’s favorite meat in 1991.