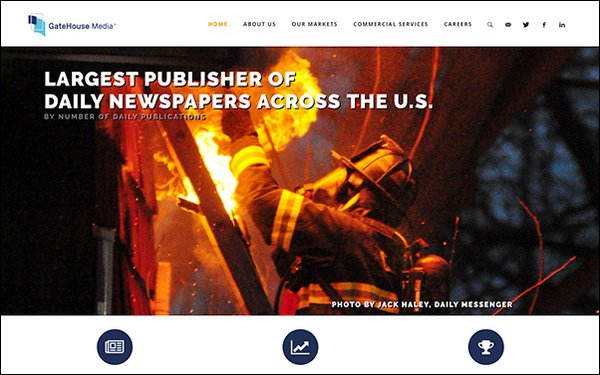 A week after the merger between Gannett and GateHouse was announced, the latter has let go of nearly 20 reporters.

According to Poynter, which first reported the layoffs, the hardest hit was TheOklahoman in Oklahoma City, which let go of 14 employees; five from its newsroom.

“This is the new normal," commented John Stanton, former D.C. bureau chief for BuzzFeed, who was laid off in January. He is the cofounder of Save Journalism Project, a nonprofit organization.

He added: "I hate to see not only fellow journalists laid off, but the dwindling stature of America’s press."

The number of newspaper newsroom employees dropped by 47% from 2008 to 2018, acc ording to the Pew Research Center’s annual “State of the News Media” report.

"When there is no one left to report on local shootings, high-school sports, or natural disasters, how will the American people move forward without the critical information that informs their world perspectives and facilitates the state of a healthy democracy?" Stanton asked, pointing to Facebook and Google as the "main culprits" for the local-news crisis.

The Gannett-GateHouse merger will create the largest newspaper company in the country. GateHouse’s parent company, New Media Investment Group, will pay $1.4 billion and form a new company under the Gannett name.

It will be home to 263 daily media organizations across 47 states and Guam, including USA Today.

Some 200 people were let go at GateHouse Media from January to June 2019, according to an analysis by The Information of state regulatory filings, news reports and data collected by staffing firm Challenger, Gray & Christmas.

In June, GateHouse Media announced it would begin consolidating 50 of its weekly newspapers in Massachusetts into 18. The company said at the time that no newspapers will be closed and total circulation will remain largely unchanged. The new, larger weeklies will cover the same market areas.